Scotland leads the fight against mosquitoes and garbage dumps 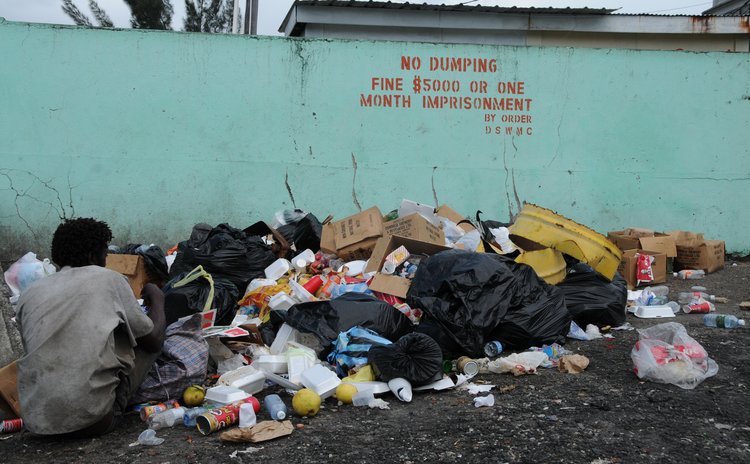 Breeders of mosquitoes; collectors of garbage, Scottie's warning you. You may be fined and confined, if you break the law.

"People need to open their eyes around them as we now see lots of barrels breading mosquitoes, which are a criminal offence, and the law gives the Vector Control Officer or the Environmental Health Officer the power to place people before the courts," he said. "If you breed mosquitoes at your home you can and will be charged $1,000 or be jailed for three months and its fine and confine."

Primarily, Scotland is concerned that his department seems to be working in vain because garbage dumps spring up as soon as they are closed.

"Lots of dumps areas that we eradicate are now coming back; the people at Solid Waste need to take control of the garbage collection since that is also of grave concerns to us," he said "Presently we have some people before the courts for pig pens and other issues and we will not relent in that regard".

Last week the Ministry of Health (MOH) warned of an outbreak of Dengue and blamed the rainy season for the outbreak.

"Presently there are seven confirmed cases and eighteen suspected cases awaiting confirmation. There have been no reported deaths from Dengue Fever," a release from the MOH stated.

"Dengue is an infectious disease caused by a virus transmitted by the Aedes Aegypti mosquito. You can get dengue fever if you are bitten by the mosquito which is carrying the virus," the release added.

Scotland said blood samples from the suspected cases have been shipped to the Caribbean Public Health Authority (CPHA) in Trinidad for analysis.

"We have reviewed what we call a national dengue emergency plan and so we have stepped up activities in trying to reduce the mosquito population," Scotland said. "People need to take preventative measures, because your action can affect your neighbour. The public health laws are geared to the protection of the general public."

Scotland said that the target is to try and knock down the adult mosquitoes so the National Pest and Termite Control organisation has been engaged in fogging in Yam Piece, Fond Cole, Pointe Michel, Bath Estate, Roseau, Mahaut, Massacre, Jimmit and environs; these areas have been designated priority areas. But there are others.

"Castle Bruce, Marigot and Grand Bay are also areas where the disease is circulating and we have to target these areas even if they are just one, one cases," Scotland said.

Additionally, the Environmental Health Department has increased surveillance at the island's ports of entry in the battle against the deadly dengue disease.

"We also have a port health programme to ensure proper and strict surveillance where officers are stationed and to ensure 400 metres from the airport is mosquito free," Scotland stated.