By H.E. Lin Xianjiang, Ambassador of the People's Republic of China to the Commonwealth of Dominica 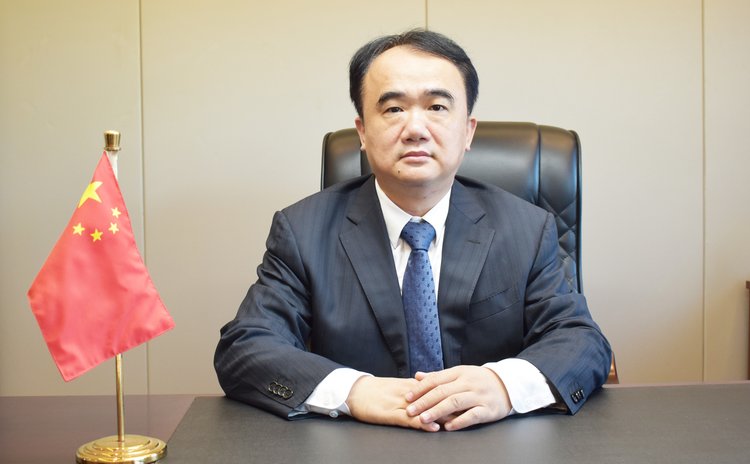 On 2 August, in disregard of China's strong opposition and serious representations, Speaker of the U.S. House of Representatives Nancy Pelosi visited China's Taiwan region. This is a serious violation of the one-China principle and the provisions of the three China-U.S. joint communiqués. It has a severe impact on the political foundation of China-U.S. relations, and seriously infringes upon China's sovereignty and territorial integrity.

Recently, the Chinese government published a white paper titled "The Taiwan Question and China's Reunification in the New Era", to elaborate on the historical aspects of the Taiwan question and the policy proposition of Chinese side, and to demonstrate the resolve of the Communist Party of China (CPC) and the Chinese people and their commitment to national reunification.

The One China Principle is a fact of history and jurisprudence. China had recovered Taiwan de jure and de facto after the World War II. The Cairo Declaration in 1943 and the Potsdam Proclamation in 1945 clearly stipulated that Japan must return all the territories it had stolen from China, including Taiwan and the Penghu Islands. Resolution 2758 of the UN General Assembly in 1971 stipulated that all legal rights of the People's Republic of China in the United Nations were restored, and the "representatives" of the Taiwan authorities were expelled. This Resolution clarifies that there is only one China in the world, Taiwan is an inalienable part of China's territory, and the government of the People's Republic of China is the only legitimate government representing the whole of China.

The one-China principle is a universal consensus of the international community. Since the founding of the People's Republic of China in 1949, 181 countries have established diplomatic relations with China on the basis of the one-China principle. Since Pelosi's visit to Taiwan, more than 160 countries including Dominica have spoken out, reaffirming their firm commitment to the one-China policy and underscoring their understanding and support of China's legitimate position. This is a fight against hegemony, interference and secession.

The one-China principle is a basic norm in international relations. The important principles of respecting state sovereignty and territorial integrity as enshrined in the Charter of the United Nations are the cornerstones of modern international law and basic norms of international relations. The Taiwan question is purely an internal affair of China and we never allow any external forces to interfere in any form. It is the sacred right of every sovereign state to safeguard national unity and territorial integrity. It goes without saying that the Chinese government is entitled to take all measures necessary to settle the Taiwan question and achieve national reunification.

However, still lost in delusions of hegemony and trapped in a Cold War mindset, some forces in the US insist on perceiving and portraying China as a major strategic adversary and a serious long-term threat. They do their utmost to undermine and pressurize China, exploiting Taiwan as a convenient tool. The US authorities have stated that they remain committed to the one-China policy and that they do not support "Taiwan independence". But their actions contradict their words. They are clouding the one-China principle in uncertainty and compromising its integrity.

They are contriving "official" exchanges with Taiwan, increasing arms sales, and colluding in military provocation. To help Taiwan expand its "international space", they are inducing other countries to interfere in Taiwan affairs, and concocting Taiwan-related bills that infringe upon the sovereignty of China. They are creating confusion around what is black and white, right and wrong. On the one hand, they incite separatist forces to create tension and turmoil in cross-Straits relations. On the other hand, they accuse the mainland of coercion, pressurizing Taiwan, and unilaterally changing the status quo, in order to embolden these forces and create obstacles to China's peaceful reunification. Behind the smokescreens of "freedom, democracy, and human rights" and "upholding the rules-based international order", some anti-China forces in the US deliberately distort the nature of the Taiwan question - which is purely an internal matter for China - and try to deny the legitimacy and justification of the Chinese government in safeguarding national sovereignty and territorial integrity.

In 1979, the United States made a clear commitment in the China-U.S. Joint Communiqué on the Establishment of Diplomatic Relations, "The United States of America recognizes the Government of the People's Republic of China as the sole legal Government of China. Within this context, the people of the United States will maintain cultural, commercial, and other unofficial relations with the people of Taiwan." Congress, as part of the U.S. Government, is inherently obliged to strictly observe the one-China policy of the U.S. Government and refrain from having any official exchanges with China's Taiwan region. China is all along opposed to the visit to Taiwan by U.S. congressional members, and the U.S. executive branch has the responsibility to stop such visit. Since Speaker Pelosi is the incumbent leader of the U.S. Congress, her visit to and activities in Taiwan, in whatever form and for whatever reason, is a major political provocation to upgrade U.S. official exchanges with Taiwan. China absolutely does not accept this, and the Chinese people absolutely reject this.

These external forces are using Taiwan as a pawn to undermine China's development and progress, and obstruct the rejuvenation of the Chinese nation. They are doing so at the cost of the interests, wellbeing and future of the people of Taiwan rather than for their benefit. They have encouraged and instigated provocative actions by the separatist forces; these have intensified cross-Straits tension and confrontation, and undermined peace and stability in the Asia-Pacific region. This runs counter to the underlying global trends of peace, development and win-win cooperation, and goes against the wishes of the international community and the aspiration of all peoples.

China had historically been a victim of foreign aggression. Today, several countries such as the US still grossly interfere in our internal affairs and undermine our sovereignty and security. But China is no longer the country that can be arbitrarily bullied as 100 years ago. Under the strong leadership of the Communist Party of China over the past 100 years, the Chinese people and the Chinese nation have stood upright, won prosperity, and grown in strength. A moderately prosperous society in all respects has been built on the mainland, where a large population once lived in dire poverty. We now have better conditions, more confidence, and greater capabilities to complete the historic mission of national reunification, so that both sides of the Straits can enjoy a better life.