Daughter, son and father in semis this weekend 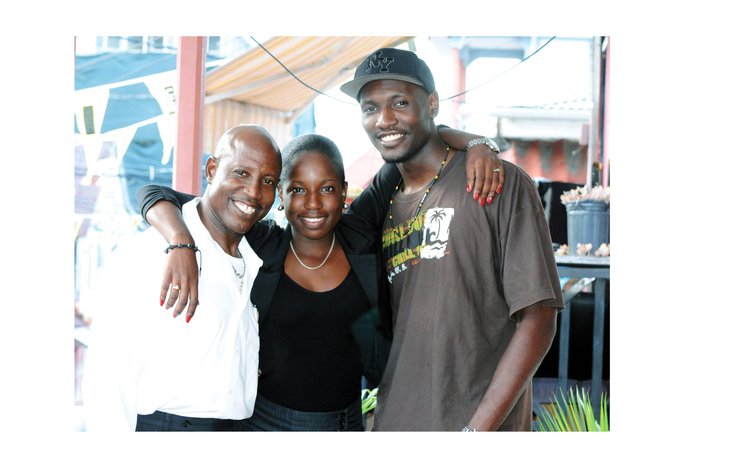 Calypso is unpredictable, unstructured, surprising. Even shocking. In 2015 Dominica's Calypso fans have been receiving an unusual treat in Calypso when three members of the Lloyd family made it through to the 2015 semi-finals.

The three Lloyd's will grace the stage on Saturday 31st January at the semi-finals and if they all progress to the finals, the event will be as unusual as rooster's teeth.

Last week, The Sun spoke with members of Calypso's family of performers and they all expressed the view that getting to the semis was overwhelmingly exciting.

Nevertheless, the event has been nerve-racking; but the main challenge has been dealing with unfair criticisms.

"I have heard some criticism that borders on the nonsensical particularly this year and what those guys do not realize they are almost being geared at now in the society because some of the critic is absolutely ridiculous," said Explosion. "I appreciate the critique but we have to be balanced; we have to be fair, we have to ensure that we are not trying to slant the opinion or slander persons when we do our work because the only thing you have left, no matter what results, is your self-respect."

Black Diamond, the extra-tall, dark, handsome, impishly playful son of Explosion who made a name for himself in the calypso arena when he sang "Pit Toilet" at the age of 18, agreed with his father about the critics.

His sister Sting Ray finds the Calypso competition "a bit tiring at times, it can take a toll on you physically, mentally and emotionally".

For the Lloyd's, Calypso is a long-time love affair. Both father and daughter entered the Junior Monarch competition at the age of 12. Explosion was attending the Dominica Grammar School then and he was influenced by Alwin Bully and encouraged by persons such as Haxey, Mounty Douglas, and King Shakey who went on to be the youngest ever Calypso King in Dominica.

Following in her father's footsteps, Sting Ray entered the Junior Monarch competition while she was attending the Convent High School.

"I didn't place but I didn't let that phase me because it was actually my first time performing on a stage so it kind of taught me a lot in terms of how to pace myself and how to control my voice on stage and also not to get distracted by the crowd's response," she said. "It helped me build my confidence as well."

The Mighty Sparrow of Trinidad and Spider of Dominica had major influences on Explosion's calypso life, and no surprise, these famous calypsonians inspired both Black Diamond and Sting Ray as well. Oracle, Explosion's brother, writes songs for his niece and nephew although Explosion gives some assistance. Nevertheless, Explosion says he encourages his children to seek writers outside the family.

If the family that sings Calypso together stays together, then the Lloyds may be inseparable.