Weekly Recap: Top five stories you may have missed. By Ronda Luke 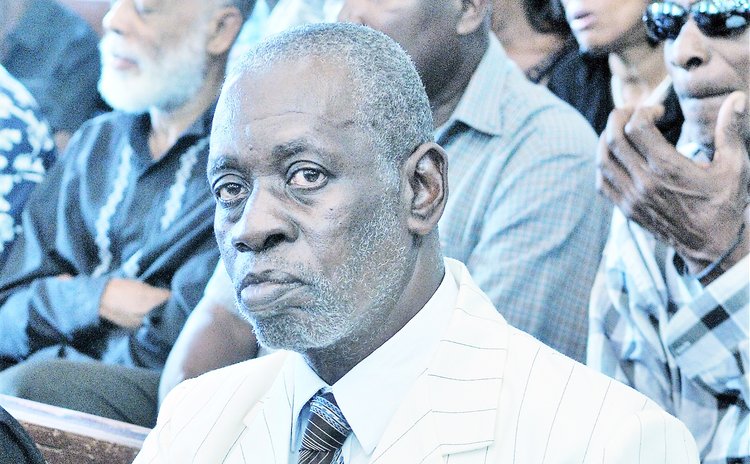 Following a long battle with renal failure, former First Serenade bass guitar player, Adrien "Archie" Mitchel passed away on August 10, 2021, at the Dominica China Friendship Hospital (DCFH). The music lover was not only known for strumming the bass but was an avid arranger, programmer, composer and Zouk singer with the band for decades. Mitchel, who was also a recording engineer, extended his musical influence far beyond his involvement with First Serenade recording for several of Dominica's top calypsonians. He was very instrumental in the recording of the serenade Old Mass Medley which is still going strong after over more than 20 years.

Another passing the nation learnt of last week was that of former politician James Alexander. The former principal of the Pierre Charles Secondary School who also served as Secretary to the Co-operative Societies League and 2nd Vice President of the National Youth Council passed away on August 14 at the DCFH at the age of 73. In 2014, he was the United Workers Party's (UWP) candidate for the Grand Bay constituency in Dominica's general election.

Meanwhile, the Commonwealth of Dominica Police Force (CDPF) is investigating a suspected drowning of a 65-year-old Grenadian man. On August 9, 2021, videos and photos were widely circulated via social media of the man who was found on a beach in Calibishie in an unresponsive state. Police have since identified the victim as Martin Otway, a Grenadian who resided in Marigot. According to information provided by Police Public Relation Officer (PRO), Inspector John Carbon, about 2:30 p.m. on 9 August, villagers of Calibishie fished out a male body from the sea dressed in a diving suit. The police were contacted and they then summoned the District Medical Officer who pronounced the body dead at the scene.

National Under 20 female athlete Treneese Hamilton will represent Dominica at the World Athletics Under 20 championships in Nairobi, Kenya. The Dominica State College (DSC) student arrived in Kenya on Friday and hit the ground running immediately. The CARIFTA Games medalist and national Under-15, Under-17 and Under 20 record holder in the shot put event is set to participate on August 21 in the Women's Shotput at 10:40 am Eastern Central time. Accompanying Hamilton at the 2021 games is Coach Joel Hamilton and Manager and COVID officer, Shantelle Xavier.

Prime Minister Roosevelt Skerrit, in his message of condolence to the family of Sir Lester Bird, former Prime Minister of Antigua and Barbuda who passed last Monday has said that Lester Bird's contribution to the regional integration movement and economic development of Antigua and Barbuda may be "long remembered and honoured." Bird, 83, also served as the first chairman of the Organization of Eastern Caribbean and Antigua and Barbuda's second prime minister from 1994 to 2004. He was known as one of two living national heroes, alongside cricketing legend Sir Vivian Richards who's now 69. Bird was made a Knight of the Order of the National Hero (KNH) by Antigua and Barbuda in 2014 and was also named the chairman of the Antigua Labour Party (ALP) and the leader of the opposition in that Senate. He is remembered as one of the Caribbean's most illustrious sons, who contributed immensely to the development of Antigua and Barbuda and the wider region. The state funeral of former Antigua Prime Minister and national hero, Sir Lester Bryant Bird, is carded for August 26. That day is to be declared a national holiday.