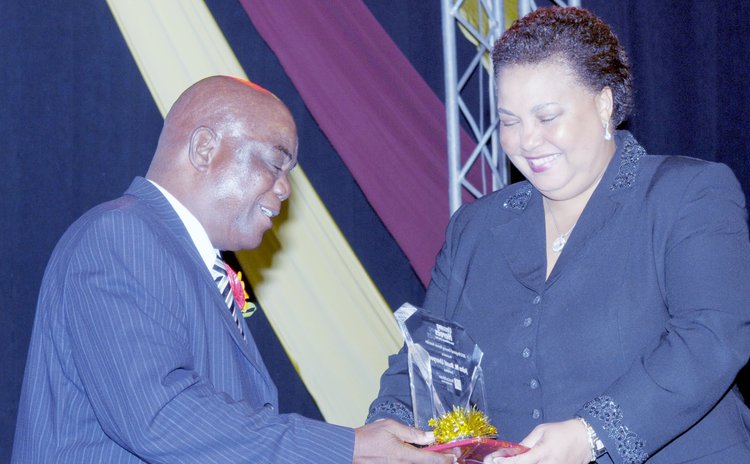 The First Caribbean Bank has ended its popular Unsung Heroes programme. Rik Parkhill, CEO of CIBC First Caribbean said the programme will be placed on hiatus 'as we make some adjustments to our Corporate Social Responsibility programmes and refocus our charitable foundation', the FC said in a press statement.

He, however, pointed out that the Bank would still be involved in community programmes like the Adopt-a-cause, where the various areas of the organisation would continue to support surrounding communities. He further added that there will shortly be an announcement of a programme to benefit Caribbean children but declined to disclose further details now.

The ceremony for the final heroes was held in Barbados recently and included a drug rehabilitation programme in Dominica, a volunteer and social leader in Curacao and a physically challenged care taker in St Vincent were presented as the 2012 Regional Unsung Heroes when the CIBC FirstCaribbean programme came to a close at the final ceremony on Monday 21st October 2013.

The awards to these three worthy causes brought the 10 year community outreach programme to a fitting climax at the Hilton Hotel.

Gerda Suzanna Gosepa collected a cheque for $7500 US to further the cause to which she has dedicated the last 35 years of her life. Volunteer, social leader and activist for women's rights, she has endeared herself to the residents of a number of the rural villages in Curacao. 70 year old Gerda is credited for turning around the lives of youngsters who grew up in the impoverished villages where she organised classes and helped to remove them from the serious social problems they were having in the villages. One young man credits her with turning his life around when she got him an internship to work at a bank where he is still employed – some 20 years later. Her tireless contribution to the communities and her efforts to combat social issues there, he says, are "beyond pay."

Edward Williams is a unique individual in that he is physically challenged to the point where he cannot sit – he can only lie down or stand on crutches, but this has not prevented him from adopting and raising five (5) children (he had none of his own) and caring for numerous others. 'Uncle Fred,' as he is affectionately known, has suffered from polio from the time he was 16 years of age but has had a profound influence on the lives of many children whom he mentored or adopted and needy and homeless adults to whom he offered shelter and food. He received $5000 US to help continue his good deeds, through a representative who came to Barbados on his behalf as he is unable to travel.

A similar amount was presented to Mr. Bonti Liverpool, a self-confessed drug addict, who through his own effort, rehabilitated himself and has now dedicated his life to saving others. However, prior to that he was an upstanding community leader –a Scout Leader, active on the Board of the Community Credit Union, and a teacher and organizer of community sporting activities. He lost all standing in the community when he got involved in drug and alcohol abuse including cocaine and marijuana. He states that he lost all self esteem and even his family and friends rejected him. It was the prayers and support of his mother that helped him to turn his life around and devote himself to God through his 'Wisdom to Know' programme. Based on the Serenity Prayer, the programme seeks out drug abusers and puts them through a caring 10 month programme to get them back on their feet which includes giving them a home, food, clothes and counseling. Bonti has a vision - "to provide Dominica with a drug free generation by the year 2030" and has devoted his life to working towards this goal as he pays back for saving his life.

All three of these Unsung Heroes received their thank you gifts and cheques from Ms. Ella Hoyos, the Managing Director Human Resources at the CIBC/FCIB.