Fitzroy Williams: His Life as a Musician 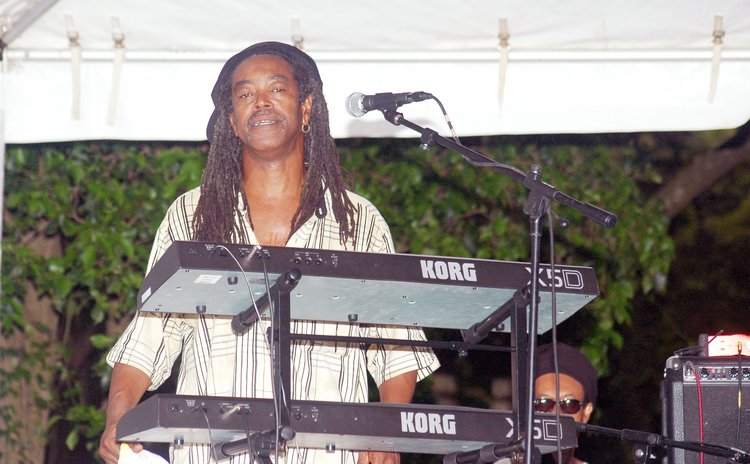 Fitzroy Williams perfoms at a show in 2005

It would seem that Fitzroy Williams, a founding member of Exile One, was born to play music. Almost as soon as he could move his hands he was beating up things, anything, to create music.

"Since I was a little boy, all the instruments I got, I tried to play them," Williams told the Sun recently. "I would take butter-tins and condensed milk tins and tune them and make instruments from them".

As he grew older, he turned larger cans to musical instruments and naturally moved on to the steel pan, and, like a midget among giants, the pre- teen Fitzroy began playing with a band of grown-ups named the Vauxhall Steel Orchestra which later became Eric's Harmonites. Soon after, like a bee sampling flowers, he darted to other instruments.

"If a neighbour had a guitar, I would learn to play it," he said. "A neighbour of mine had a mandolin and I learned to play it".

From pan, Williams pounced on another instrument and was soon playing the rhythm guitar in his first band, Silvertones, while he was still a young boy in Second Form at the St. Mary's Academy.

"I really felt good that a band asked me to play," he said. "I didn't last long on the guitar; I saw they had an instrument called the xylophone. I didn't even know its name in those days."

But the carnival-loving Fitzroy soon got into trouble with the band over his desire to play mas rather than to play music in mas. So Silvertones fired him, to the amusement of his friends at the SMA. However, Fitzroy had the last laugh.

"One day I heard they were going to Guadeloupe and I wanted to go Guadeloupe, so I tried to re-join the band. They didn't accept," he said. "But just before they left, Walter Cooke's mother decided he cannot go; so they were very happy that I tried to join back the band."

On their return, the band's manager, Julien Giraud travelled to Trinidad, on one of the Federal Boats, to buy a piano that Cooke was to be assigned when the band played. That's when Fitzroy's life-long love affair with the piano began.

"When he (Giraud) came back with the organ, without they knowing I went and I check it out, you know," he said, his eyes twinkling mischievously at the memories. "Even after school, instead of going home, I'd go to the band-house checking it out until I learned all the songs I used to play on the xylophone. Then something happened and I end up playing the organ up to today."

Before his life became inextricably entwined with Exile One, for many years, Fitzroy played with a number of small bands including Security Pearls, Los Caballeros, and the De Boys & Dem.

"I think it is from there I decided to take music seriously, as a profession," Williams said. "I was about 18 or 19, just left school and De Boys & Dem gave me a job to arrange the music for them while they (the band members) were at work. That helped me develop my skills a little more."

Then Williams had a vehicular accident and subsequently spent a few months at the Princess Margaret Hospital recuperating.

"But De Boys & Dem did not survive that accident," he said. The band folded up. (Next Week: Exile One is formed)