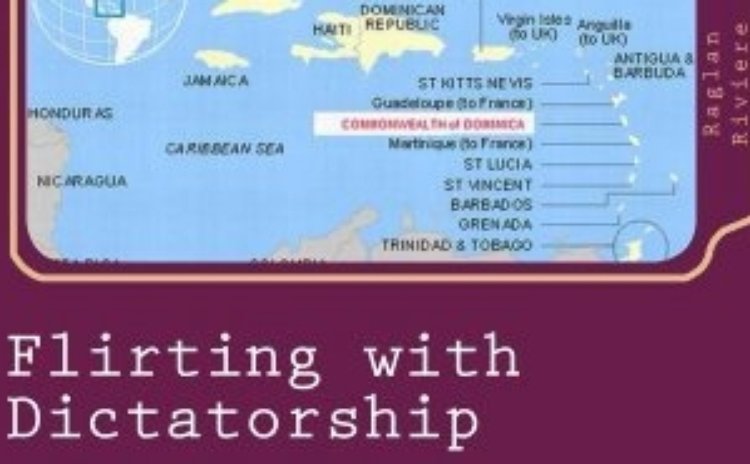 The book description states as follows:

"On the night of November 1st, 2018, while on his way home, Cecil Thompson is jolted by the sudden appearance of a submarine off the east coast of Grand Bay. He runs home to share the incident with three friends, Asquith Maynard, Jeremy Alcendor and Samuel Musgrave, who joined him in witnessing the smuggling of guns, ammunition and the illegal entry of two men from Venezuela.

How they handled the situation can best be described as daring and dangerous. But, their actions may have saved their nation, the Commonwealth of Dominica, from possible, political catastrophe.

The four friends, with the advice of the Leader of the Opposition, Clarence Anselm, and his Party Public Relations Officer, Walter Ambrose, discover and expose a plot by the Prime Minister of Dominica, Nicholas Charles, aided by the President of Venezuela, Gustavo Ramirez, to impose dictatorship on the people of Dominica.

This discovery triggers a series of violent, popular protests, including firebombing of homes and police confrontations, which led to the declaration of a State of Emergence.

But, a secret group, the Dominica Freedom Fighters, emerges, demands and forces the revocation of the State of Emergency."

Raglan is the author of "Rum Punch and Prejudice" which was recently staged in Dominica by Dominica's New Dimension Theatre with much acclaim.

"Flirting with Dictatorship" is a portrayal of what the author foresees as a probable outcome of discernible trends in the political journey of the Island nation.

While the events are entirely fictional, the author warns that they are not outside the realm of possibility and advises that necessary precautions be taken to avert them. Raglan's books can be found on his Amazon Author's Page at http://www.amazon.com/-/e/B0034OZB8U.