Flood-watch is in effect for Dominica 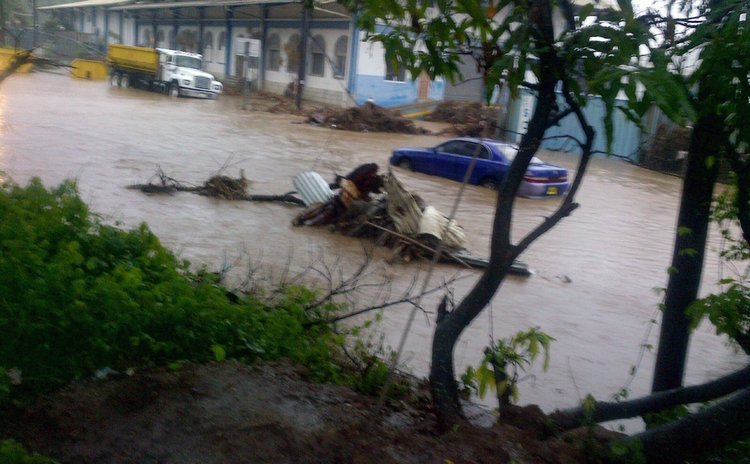 Flooding near DCP on Friday

A flood-watch is in effect for Dominica until 12:00 noon tomorrow, Tuesday 15th September, 2015, the Dominica Meteorological Service said.

"Analysis of satellite and radar imagery suggests that the unsettled conditions associated with a passing tropical wave, which has been affecting Dominica during the day, will continue to affect the island during the night and into the first half of tomorrow," the report said.

"As a consequence, cloudy to overcast skies along with some pockets of moderate to heavy showers and thunderstorms are expected to spread across the island. Rainfall accumulations of 1 to 2 inches are possible with isolated higher amounts.

"Due to the already saturated nature of the earth, any additional rainfall is likely to result in further flooding and landslides.

The watch may be extended.

On Friday last week there was more flooding in Dominica caused by heavy rains associated with the remnants of Tropical Storm Grace.

Several roads were underwater and there were also reports of residents stranded in some areas.

Dominica is in the process of recovering from the destruction from Tropical Storm Erika. The storm caused more than 600 million dollars in damage and more than 20 persons have died, several are missing.