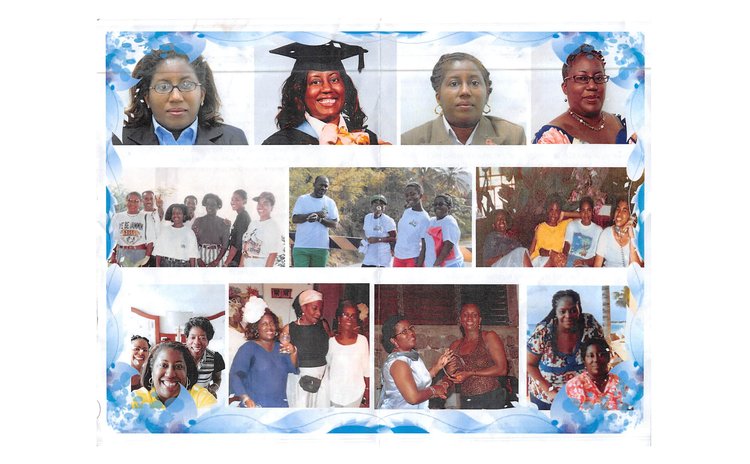 David, from her funeral programme

Floran Wendy David affectionately known as Flo was born August 17th, 1968. She was the last child of Agatha Esprit David and John David (both deceased). Flo was known to be very quiet, as a child she would listen more than she would talk, this is a trait she continued to exhibit throughout her adult life. From an early age she loved to read but before she could even read Flo had a vivid imagination, she would make up her own stories from pictures in books. Her love of learning led her to pursue a Bachelor's degree from the University of the West Indies, Cave hill Campus. Since it was her dream to become an Attorney-at-Law she later completed her Law Degree from the University of London and was preparing to attend the Sir Hugh Wooding Law School in Trinidad.

Apart from a short stint as a teacher at the Wesley High School, Floran spent all of her working life as a staff member of the Dominica Social Security. She was appointed to the permanent establishment of the Dominica Social Security from 1 March, 1991. She served in both the Benefits/Claims and Contributions Departments. With effect from 1 December,2001 in recognition of her consistent performance and academic accomplishments she was promoted to the position of Compliance Officer and continued serving in that capacity until her sudden death.

As a Compliance Officer, Floran was required to visit Social Security stakeholders on the field to ensure compliance with Social Security Regulations. She was quite meticulous in the execution of her functions, and was known to frequently be among the last to leave the office on evenings in order to not only complete her assignments, but to prepare for upcoming ones. She was particularly helpful to new staff, and eagerly went out of her way to assist in resolving difficulties they encountered, or in giving them advice.

Flo was a very confidential and loyal friend. She could be trusted with very sensitive information and it was guaranteed that she was going to keep it confidential. She was thoughtful and considerate, if she saw someone was in need she never asked if it was okay to help Flo simply extended a helping hand. She paid attention to people and respected people. Though it is not publicly known, Flo for many years has supported many people financially. There are children that she assisted with school fees, books and uniforms.

Floran also used her personal funds to pay Social Security contributions for some self- employed persons, to ensure that they would be entitled to their Social Security benefits. Flo was not one to blow her trumpet she never flaunted the contributions she made to the lives of others. Flo truly believed in the scripture passage that says, "the left hand should not know what the right hand is doing". She never looked down on people and did what she could to assist regardless of who you were. She loved to bake and enjoyed sharing her Christmas fruit cakes. She would just show up and hand you a piece of foil paper with her specialty.

Floran was always cool, composed and respectful; and was never known to be in conflict with anyone,she wanted to be perceived as non- threatening to others. On her last day at work-Friday 24 August, 2018 Miss David could still be seen, calling clients to set up appointments with them for the following week-appointments that sadly she would never be able to keep.

Flo was fully committed to whatever she set her mind to. She was a long standing member of the Mahaut Choir where she served for over twenty-five years.

Her sudden departure has left an indelible wound in our hearts. She was truly a godly and saintly person and will surely be missed by her siblings, Karen and Milton, her nephew Russell, and her brother in law Alworth, her colleagues and the employers of the Dominica Social Security with whom she interacted, the parishioners and members of the Mahaut Choir, her close friends, beneficiaries and other loved ones.