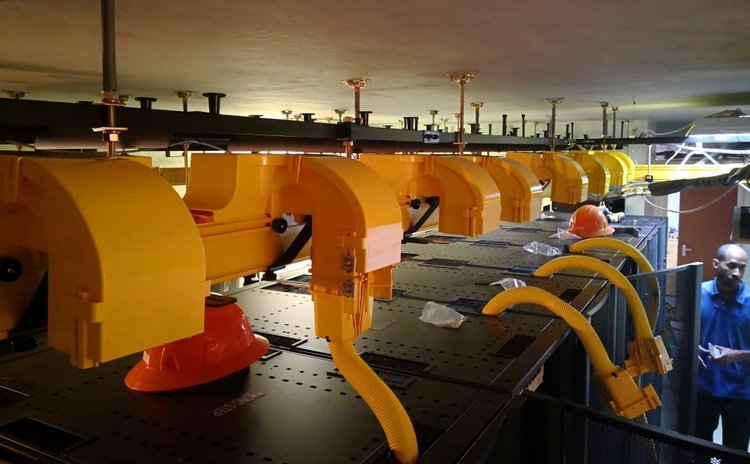 Roseau, Dominica June 1st, 2018 – Today June 1st marks the official start of the Atlantic hurricane season and coming from last year's haunting experiences from hurricane Maria, many are sure to be capitalising on the lessons learnt, and preparing for any eventuality from what forecasters predict will be a normal to 'above' normal hurricane season.

The ability to communicate during and post a disaster has proven to be one of the most crucial for government, disaster agencies, businesses, stakeholders and the general public; all needing to make contact at a time when chaos abounds. And while the winds of Maria raged and the rains poured; in the midst of the anxiety and fear, many Flow mobile users reported being able to talk to family and loved ones up to the wee hours of the morning during the passage of the monstrous hurricane. "It warmed my heart to receive reports from several of our customers that they were able to hear the reassuring voices of loved ones and family via their Flow mobile phones while hurricane Maria battered the island" said Flow's General Manager Jeffrey Baptiste. "But we want to do even better" added the man at the helm of the island's premier telecommunications company.

Flow has always prided itself on the resilience and robustness of its network with over 70% of its network infrastructure secured in underground ducts. But while it resisted and gave Maria a good fight, Baptiste acknowledges that significant damage was done to the company's fixed and mobile network. To date the mobile network is 95% restored while work continues on the restoration of fixed and data services on the existing copper network, and the rebuilding of what Baptiste describes as a new 'future proof' network.

While the restoration and rebuilding efforts continue across the island, Flow hasn't taken its eyes off the start of the hurricane season and is committed to building on the resiliency of the company's network.

"While we are restoring and moving forward, we have also taken some key actions to help mitigate future impact of these types of weather systems" noted Baptiste.

He singled out the move of the company's main exchange from the ground floor to higher ground, as one of the major actions undertaken in preparation for the new hurricane season. "In all the years we have been operating our business in its existing location, never have we experienced the type of flooding that we did from the Roseau River; and this is something that we have paid particular attention to. The flooding severely impacted our main exchange located on the ground floor of our building which houses all our key technological equipment which facilitates our operation, forcing us to invest significant resources and manpower to relocate to the first floor", he noted.

The generator room and DC power plant which is the back-up power centre for the company's entire telephone switch including broadband and fixed, also had to be relocated to more secure levels providing an unprecedented level of protection from flooding by the Roseau River and heavy rainfall.

The Flow General Manager noted further that one can't assume that Maria was a once in a lifetime event that may never be experienced again, and the company is being pro-active in preparing for the possibility that similar may re-occur.

Flow has also activated its Local Crisis Management Team (LCMT), and coordinator Dewel Yorke is expressing satisfaction with the level of preparedness thus far. Meetings held to date ahead of the commencement of the hurricane season have not only focused on preparations, but has also deliberated on the lessons learnt from one of the most devastating hurricanes to wreak havoc on Dominica.
Flow would like to use this medium to remind customers of the various actions required from a telecommunications perspective during the hurricane season. It is important to have a working mobile phone and to ensure that said mobile account is always recharged with flow topup credit. Phones should be charged, and customers are advised to secure a back-up charger or power bank. Modems and telephone lines should always be unplugged from the power source.