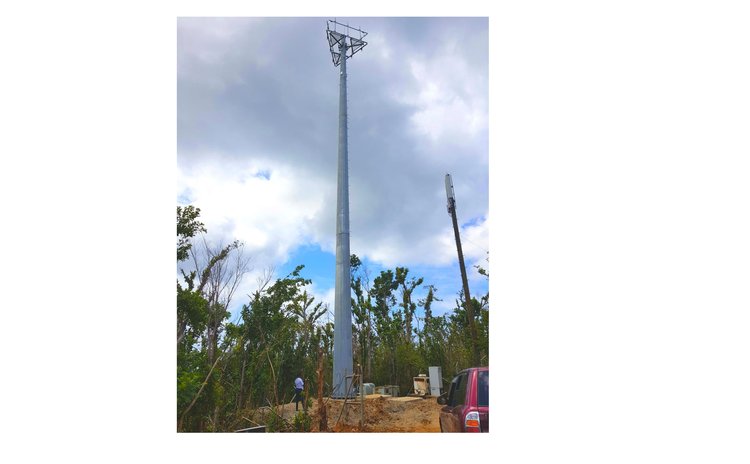 Roseau, Dominica (May 14th, 2018) – Dominica's premier telecommunications provider Flow is on course to revolutionise the telecommunications industry with the roll-out of superfast broadband referred to as Fibre to the Home (FTTH), 4G LTE, and the introduction of a superior IP-TV product in the not too distant future.

The company reported major devastation to its network infrastructure following the passage of one of the most destructive hurricanes to impact the island in history. Both the mobile and fixed voice and data infrastructure were severely damaged while a more severe fate was experienced by Marpin 2K4's television network. Flow had purchased the TV Company in May of the same year.

Determined to facilitate critical communication between customers as well as the outside world, Flow sprung into recovery mode immediately following the all clear, focusing primarily on the restoration of its mobile network. Seven months later, the company has been successful in restoring 46 of its 49 mobile sites which existed prior to the passage of hurricane Maria. In some instances temporary fixes had to be made to facilitate the process, however these fixes are now being replaced with the optimization of the mobile network and rebuild of several new cell towers which can be seen at Belles, Jimmit and Moore Park providing an improved mobile experience to customers in these communities

The restoration plan includes allocations for additional new towers to be erected over the next few months, as well as co-location options with the competitor. Grenadian, Edmund Burke who leads the restoration efforts in Dominica says the goal is to return customers to an even better and stronger mobile network than existed prior to the hurricane. "Our focus is to rebuild a resilient network which can not only better serve the needs and demands of our customers, but a network which will be better placed to withstand the ferocity of storms and hurricanes" stated Burke.

Another exciting component of the mobile rebuild post hurricane Maria is the launch of 4G LTE in market. Flow is currently testing the advanced technology which will give customers a major boost in their mobile experience with superfast download and upload speeds. Customers are encouraged to be LTE-ready by obtaining handsets and sims that are equipped for this technology.

With the mobile network on a solid footing, Flow is now focused on fixed voice and data services. Post hurricane Maria, efforts have been made to restore service to customers on the existing copper network where possible, while the foundation is being laid for the rebuild of a new network centred on the roll-out of Fibre to the Home. Fibre to the Home will provide customers with Superfast Broadband (internet) and will be the foundation for Flow's IP-TV product. Phase one of the FTTH product roll-out has started in Goodwill, Stockfarm and Canefield. Customers in these areas are expected to begin enjoying FTTH by the end of June. The rollout of the product will continue across the island in a phased process into 2019.

Flow's General Manager Jeffrey Baptiste says customers' patience will be rewarded with the best suite of products to be launched here over the next few months. "Our customers have been patient and we are grateful to them for that. What we can promise our customers is a television product that is going to be superior than anything existing in market with a great line-up of channels in high definition; video on demand; and the ability to record, rewind and fast forward live television" noted Baptiste. "Our superfast broadband service with the launch of FTTH will provide customers with the fast speeds required to surf the internet similar to the incredible experience to come from 4G LTE", stated Baptiste.