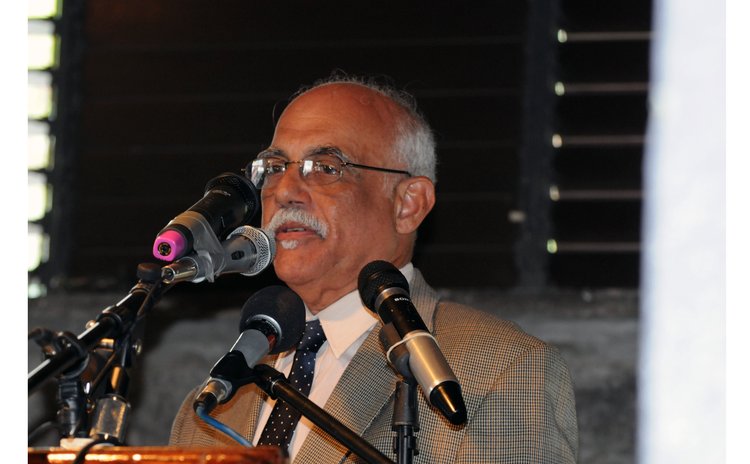 Sir Brian Alleyne former Acting Chief Justice of the Eastern Caribbean Supreme Court says he continues to be appealed by the conduct of some members of the legal profession here and wonders why the Legal Professions Bill has not been made law.

"I feel that in some circles today it (the legal profession) is considered to be either dishonourable or unprofessional," Sir Brian told his audience at a public lecture at the Fort Young Hotel last week. "Too often we hear of dishonourable conduct in particular inter- medalling in clients funds. One such case, in my view, is one too often."

He said he has heard of many other complaints and generally, the legal profession is not what it used to be.

"Some practitioners carry on in their own merry way. Clients complain but receive no satisfaction," he said. "It seems that a small minority of practitioners is destroying the reputation of the entire profession. I am not an idealist and I do not expect perfection. I also recognise that in a small community like the legal profession in Dominica self-regulation is difficult".

"It has been enacted and is law in most OECS states. For some reason which cannot be justified, it has not, to date enacted in Dominica," he said. "There's no justification for the present situation. In my view both the profession and government and parliament must take the blame for this scandalous situation."

Sir Brian spoke on the topic Faith and the Legal System at the lecture organised by the Catholic Church. He said the church as well as citizens was responsible for preventing the deterioration of standards in Dominica.

"The legal system demands urgent attention and we who call ourselves Christians from whatever Christian faith tradition need to address the issue urgently if we hope to continue to live in a society that deserves the description of a Christian society", Sir Brain said.