Former Portuguese PM Guterres selected to be next UN chief 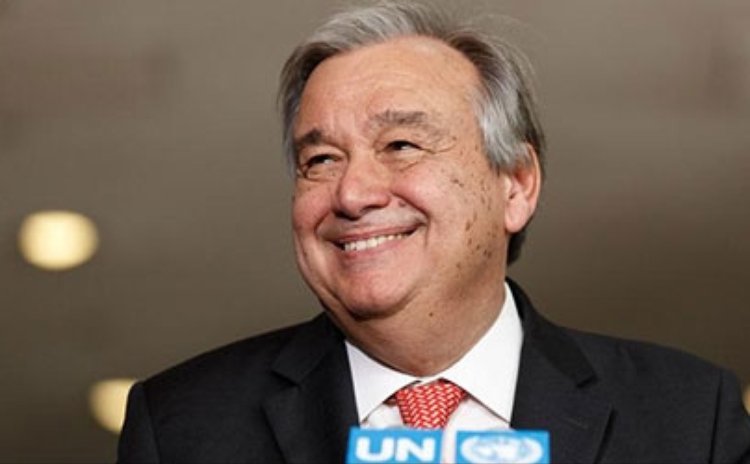 Antonio Guterres of Portugal is the new UN Secretary General

"Today after our sixth straw poll, we have a clear favorite and his name is Antonio Guterres," Russian UN Ambassador Vitaly Churkin, who is the council president for October, told reporters after about one and a half hours of closed council consultation.

"We have decided to go for a formal vote tomorrow morning at 10 a.m. EST (1500 GMT) Thursday and we hope that it can be done by acclamation," he said, with representatives of the 15 council members standing behind him outside council chambers.

"So tomorrow morning acclamation vote and we wish Mr. Guterres well in discharging his duties as the secretary-general of the United Nations for the next five years," Churkin said.

Guterres, who was also the former head of the UN refugee agency, is poised to succeed UN chief Ban Ki-moon on Jan. 1, 2017.

The 15-nation Security Council's Wednesday decision will be sent, following the formal approval on Thursday, to the 193-member General Assembly for final formal approval.

A spokesman for UN General Assembly President Peter Thomson told Xinhua that it was too early to say when such a vote could be scheduled.

Churkin and council members came to a microphone outside the Security Council chambers after about 90 minutes of secret deliberations Wednesday morning to make the announcement to reporters who were waiting in the hopes only of a leaked tally on the straw poll.

"Ladies and gentlemen, you are witnessing, I think, a historic scene," he said as council members gathered behind him. "I don't know if it has ever been done this way in the history of the United Nations before. As you know we have conducted our sixth straw poll."

This time, the permanent five members of the Council, Britain, China, France, Russia and the United States were to use color ballots to indicate a possible veto of a candidate when they marked encourage, discourage or no opinion for a candidate on the ballots. But instead of a leak, the announcement came.

"This has been a very important process of selecting the next secretary-general and I think we have treated it with great responsibility," Churkin said.

The five previous straw polls were conducted secretly in council chambers since July but results were quickly leaked by those supporting transparency in the selection process.

The candidates at one point were equally divided between men and women and there were many candidates from Eastern Europe, but Guterres led the race from the first poll.

All 13 announced candidates, including the four who dropped out, each appeared before members of the General Assembly for two hours interview in another bid for increased transparency in the selection process.

Shortly after the Security Council's decision was announced, Farhan Haq, the deputy UN spokesman, was asked how he thought members of the Assembly would vote on the council's decision.

"It's too soon to venture a guess about how the member states act," he responded. "I'm not going to comment on any specific individual until that happens, in keeping with our standard practice of allowing them to have a say on this."

When asked about the gender and geographic movements, Haq said, "In terms of whether it was time for a woman to be a secretary-general, we have to remember it is their decision as enshrined in the UN Charter how a secretary-general is determined and we respect whoever they come up with."

"They had a full slate of candidates of which you've been aware," the spokesman said. "There's been a greater transparency to the process so you know who the candidates are and you could see for yourselves they were all very well qualified regardless of where they came from and what their gender is."

"The Security Council and the General Assembly in deciding the next secretary-general had a good, wide and diverse roster of candidates to look at," Haq added.

Most ambassadors in the council were pushing for a selection to be made by November to give the next secretary-general enough time to prepare for the end-of-year transition.