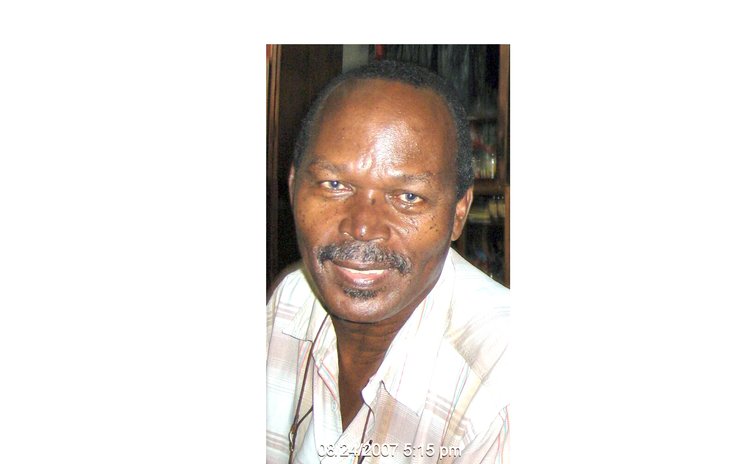 Nothing was too big or too challenging for Roderick Anthony Fortune.
Fortune, 70, died last week after suffering from Parkinson's disease which he was diagnosed with in 2005.

He left behind his wife, Deborah, four children- three boys and one girl- and his business, the La Falaise Medical House Laboratory which he established in 1992.

Fortune dedicated his life to helping almost everyone that came to him for aid and gave up his Sundays and family time to help the needy in various communities around the island.

According to Deborah, his wife of over 44 years, Fortune was a humble man.

"He could walk with kings and not lose his common touch; he would hang out with professors and then with the man on the street. Very popular with people, he believed in not letting the right hand know what the left hand is doing," she said.

She said although she was his wife he never informed her when he was lending a hand to so many.

"Now people are coming to me telling me 'I love that man' because he helped us out; I did not know, he did his own to help out," she said.

He also received training from the Institute of Science and Technology, the Bromley College of Applied Technology and the Royal Free Group of Hospitals, University of London.

Prior to establishing the La Falaise Medical House Laboratory, Fortune worked in the public service for over 20 years through the Ministry of Health as Laboratory Superintendent at the Princess Margaret Hospital (PMH).

Mrs. Fortune she said her husband decided to open his own medical laboratory to give Dominicans the opportunity to receive more sophisticated tests than what was being offered at PMH.

She said that their business was not always located at Cross Street next to the Wesley High School.

In the business' early days Mr Fortune rented a building from the then Roseau Cooperative Credit Union located at Great Marlborough Street (now the office of the Social Welfare Department).

"We were renting from the RCCU on Great Marlborough Street we did a lot of renovations, spent a lot of money, unfortunately after a few years they asked us to move but then we bought this place and made it comfortable and customer and staff friendly," said Mrs. Fortune.

Looking back into the life of her husband, Deborah wonders where he got time to accomplish so much over the years.

He was a member of the Dominica AIDS Advisory Committee; he also gained respect through consultancies and assignments for the Pan American Health Organization (PAHO), the World Health Organization (WHO), the United Nations Development Programme (UNDP) the Caribbean Food and Nutrition Institute (CFNI) the Caribbean Epidemiology Centre and OECS member countries, France and French West Indies.

In his busy schedule he also found time to author or co-author numerous publications including the Caribbean Surveillance Report 1979, which featured his work on topics like: Streptococcal and/or Staphylococcal Infections Post Scabies at the Princess Margaret Hospital; Typhoid Outbreak on Dominica was published in the Pan American Journal in January 1982 and Prevalence of Gonorrhoea and Chlamydia Infections in Dominica was published in 1990.

Roderick also worked as a lecturer in Clinical Laboratory Sciences and Epidemiology at the Ross University School of Medicine in Portsmouth.

Nevertheless, Fortune was not a man strictly devoted to work. He was a sportsman with a passion for lawn tennis and squash and he was also a national bridge player.
But that's not all. Fortune was also the past President of the Rotary Club, past Director of Lotteries Commission and past Chairman of the President's Charities Foundation.