France starts criminal probe into the crash of AirAsia plane 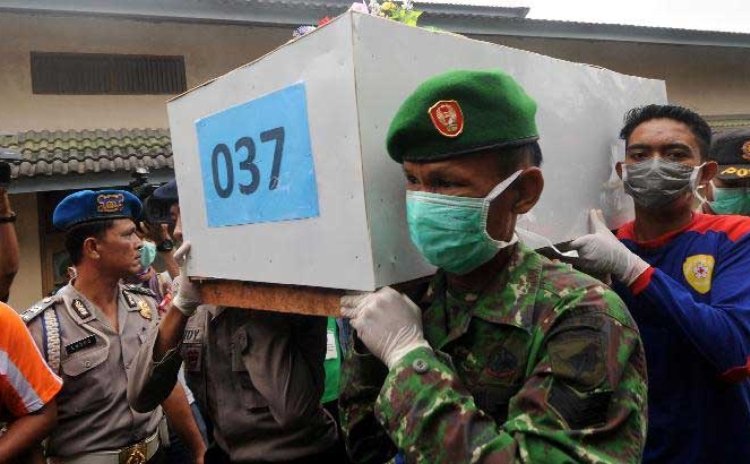 Carrying the bodies of passenger who died in the plane crash

BEIJING, Jan. 31 (Xinhuanet) -- A French judicial source said on Friday that France has opened a formal criminal investigation into the crash of an AirAsia plane while a French co-pilot was at the control. A judge will investigate a possible charge of "manslaughter" in connection with the crash.

On Thursday, Indonesia's National Transportation Safety Committee, which has been analysing the plane's black boxes, said that prior to the crash, the aircraft had climbed fast in an area packed with huge storm clouds, and the stall alarms started going off. They also revealed that the Airbus A320-200's less experienced French co-pilot, Remi Plesel, was flying the plane before it went down, instead of Captain Iriyanto, a former fighter pilot who had around 20,000 hours of flying time.

Plesel's family in France separately filed charges against AirAsia Indonesia for "endangering the lives of others" as the airline did not have permission to carry out the flight between Surabaya and Singapore on the day of the crash.

The lawyer representing Remi Plesel's family said his clients are happy about this criminal investigation, and they hope it will reveal the truth.