Freddie "Man Himself" Mendes: the Uncle I knew 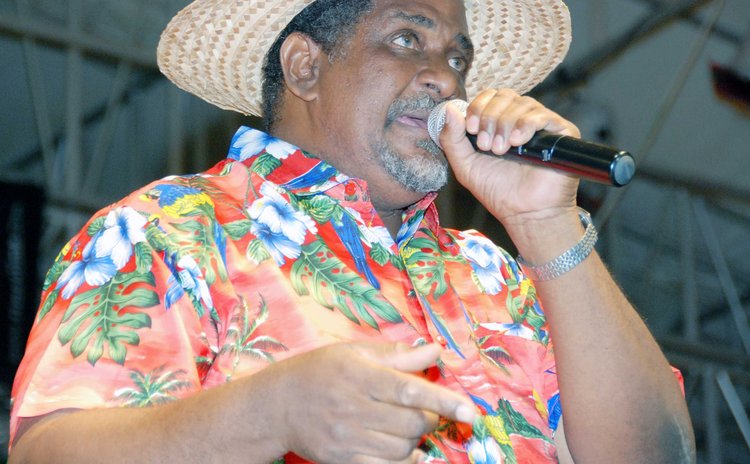 Born on July 16th, 1955 to Ina Mendes and Osmond Mendes, "Freddie" as he became affectionately known was baptised as Clifford Albert Mendes. Like most young men in the vicinity of the Newtown Savannah he spent his childhood days enjoying a friendly game of football after school and on weekends the usual sea bath after a game.
Freddie lamented the fact that as he moved around he noticed that more and more our savannahs were today being abandoned as electronic games had replaced the joy they once had.

According to Eric Mendes, "my uncle I know lived a good life. Freddie was the kind that made absolutely nothing a problem, he would deprive himself to ensure that someone else was assisted. He was an extremely loving individual with a big heart. He was one who believed that a value could not be placed on the importance of family life."

During his life on earth he got involved with several organisation rendering voluntary services only to ensure that those organisation remained viable, such groups included Fisheries Cooperative, Swansea Dominica Club among others. He taught for about 30 years from 1984 until the time of his death in March 2014 at the St. Martin Secondary School. Apart from teaching, his other love was Calypso. Freddie also attempted the Priesthood and subsequently attented the Seminary but the rest will forever remain as history.

He was a baker, a father, teacher, inspirational leader, mentor and all. Freddie was very deep in his religious life and played guitar on Saturday evenings at the Cathedral parish and every Sundays he played at the Church of Our Lady of La Salette in Pointe Michel. Freddie was "always" on time for church and on Sunday mornings would be seen on the road side awaiting a bus or a ride from his nephew to take him to mass in Pointe Michel.

He knew the songs, and made life for the choirs very easy, never complaining even when things were not always going right.

The students and teachers at the St. Martin Secondary school are still in shock at his death. Sr. Lucy, deputy principal, said "Sir Mendes was always at school sick or not and when he was not feeling well, we had to beg him to go home; when I did not see him at school for the first time, I said he was dead..."

He has been teaching at the school since 1984, she said with a sigh, and "you noticed I said 'has been teaching...' for as far I we all are concerned, he is still there with us teaching." Many students have penned poems in his memory while others are asking "what will we do with our school lessons without Sir Mendes..."