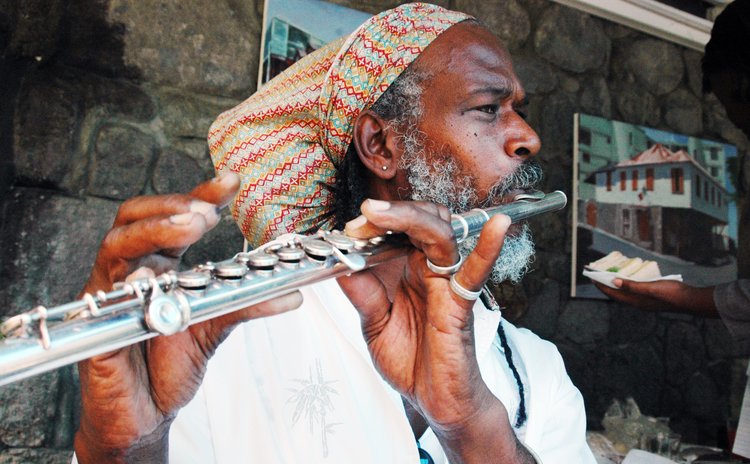 Free Vex Over Court Delay A resident of Loubiere who has been embroiled in a legal battle with Carib Sand and Stone Ltd claims his rights have been infringed and he wants justice.

Fitzroy "Free" Joseph claims that he was the "victim of abuse" by a truck driver of the company and despite repeated efforts to have the matter settled it continues to drag on and, he says, he is "running out of patience."

Court documents filed in 2010 lists Fitzroy Joseph (claimant), Carib Sand and Stone Ltd (1st defendant) and Xavier John (2nd defendant). In the documents, Joseph alleges that on January 9, 2009 he was fishing on a large stone at the end of the Loubiere Jetty.

"I noticed a young man about 12 feet from me also fishing. I asked him for some bait and five minutes later we noticed a backhoe operator dumping tarish towards us," he said. "The equipment driver motioned for the fellow to move his bicycle which was where the heavy equipment was operating, he did so. At that point, the driver continued to move tarish, I was below on a large rock in the sea. The caterpillar was about 12 feet above where I was and debris began falling on me. I turned around and had to raise my arms to protect myself from the stones and material which was now falling on me. No warning was given. My clothes and fishing line were buried and I yelled at the driver, I was angry and frightened, I tried to salvage my clothes and fishing line but I could not."

Speaking to the SUN newspaper recently, Joseph claimed that the company's lawyer was "playing a delaying tactic and had agreed to sign documents agreeing that his client was at fault."

"I have gone to a number of lawyers with my matter, I don't know where to turn I am frustrated and the lawyer for Carib Sand & Stone is playing games and refuses to sign the documents," Joseph said.

The matter has since gone to case management.

However, attorney for Carib Sand and Stone, David Bruney, flatly denied Joseph's accusation. Joseph, he said, has had numerous claims and he is not being "forthright" with the information.

"He wants me to sign documents stating that my client is liable where my client flatly disputes his claims. How does he expect me to go against the instructions given to me by my client?" Bruney said,