Freed Tymoshenko will not run for Ukraine's premiership 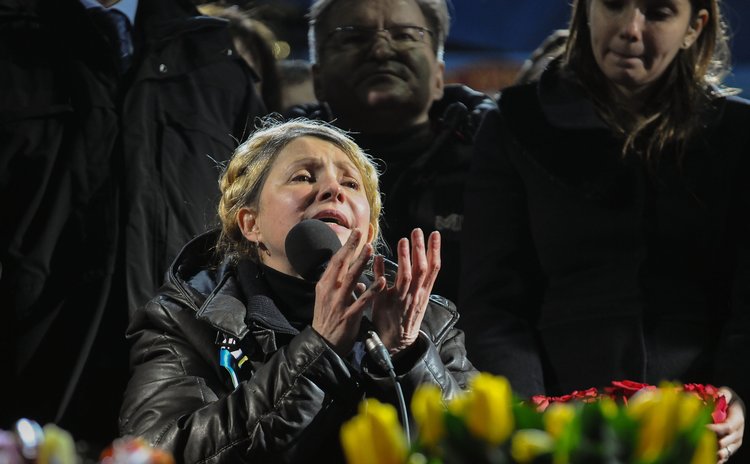 Tymoshenko said she was surprised by the statement of her ally, opposition lawmaker Mykola Tomenko, who said earlier in the day that Tymoshenko is one of the three front-runners to be named as head of the cabinet.

The new government of national unity, which would gather representatives of different Ukrainian political forces, is due to be announced by Tuesday.

Tymoshenko, 53, left the out-of-prison health center in eastern Ukraine on Saturday evening after the parliament approved earlier in the day a fast-track procedure that did not require the president's endorsement.

Tymoshenko, a key opposition leader, was convicted in October 2011 for abuse of power over a 2009 gas deal with Russia.