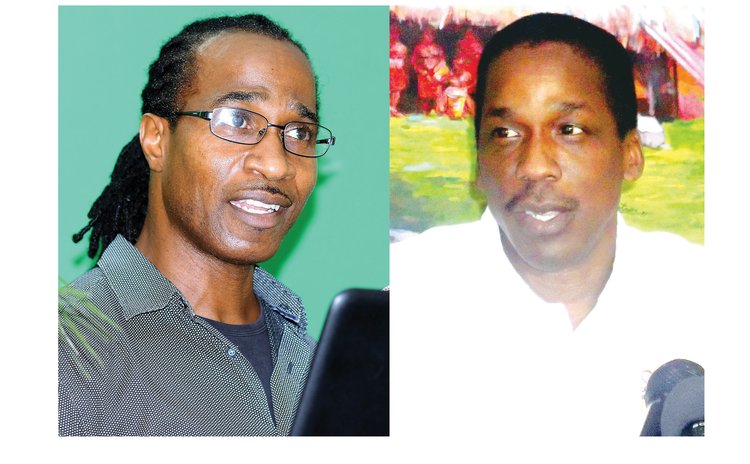 Call him confident, call him hopeful, or simply call him naïve, but the man who a week ago took hold of the poisoned chalice otherwise known as leader of the Dominica Freedom Party (DFP) believes that not only will once powerful party rise from the ashes within the next two years, it can actually do the impossible and win the next election.

"What we have got to do as a party is to get an overwhelming swing of the electorate. And call me naive if you wish, but I am telling you, it can be done. I believe in the next two and a half years we can, not only we will put up 21 seats, but I truly believe - and if I did not believe that, maybe I would not accept being the leader - that we can win more than eleven seats," the economist and former Caribbean Development Bank employee Kent Vital said in his acceptance speech on 6 August, after he was elected DFP leader at the party's 32nd annual delegates conference.

It was bravado, bluster and boldness based on . . . what exactly, it is not clear, as the DFP has become irrelevant ever since it entered a Faustian pact with the Dominica Labour Party (DLP) in 2000 to oust the then United Workers Party government.

It died a sad little death by 2005 after its leader Charles Savarin left a huge dagger in its back.

Therefore, any attempt to bring it back from the dead can be seen as nothing but a pipe dream, according to some observers. Naïve, maybe.

"I honestly am surprised that's happening because . . . I think the Freedom Party's days are over," the Barbadian pollster Peter Wickham says.

Wickham is familiar with the political landscape here, having conducted many a poll for the DLP. He has seen the DFP's polling numbers, which often barely register in the low single digits. He has also seen the problem that third parties have had, not only in the region, but globally.

The third party simply does not thrive, he explains.

"As far as politics in Dominica is concerned the days of the DFP are over," he repeats.

In other words, Vital might have a point when he says he is probably naïve to believe the once powerful DFP can rise from its self-inflicted ashes.

True, there are "a few people" who are not happy with either the DLP of the UWP, Wickham tells The Sun.

However, he does not believe it's enough to hold any hope for the party that governed Dominica between 1980 and 1995, before losing spectacularly to the virtual newcomer that was the UWP.

"What happens when you have a third way [option], the less attractive of the two parties will be the one affected. In Dominica you have to decide which is the major party and where the disaffected go," the pollster says.

"The challenge is that there is not enough of them to make an impact."

Before former ambassador Crispin Gregoire left New York to address the DFP conference, he told The Sun it may not be a bad idea for both opposition parties to dissolve, put their past behind them and form a new party altogether.

However, Wickham says this is not necessary.

"I don't like it. My feeling is a party normally takes the personality of the leader and if you have a good leader you don't have the problem," he says. In this case, what must the DFP do, he was asked.

"My question is, what is the philosophical difference between the Freedom Party and the UWP, or even the DLP? And I don't see that [there is any difference]. Failing that the thing to do is identify yourself with one or the other political party and try to influence it from within."