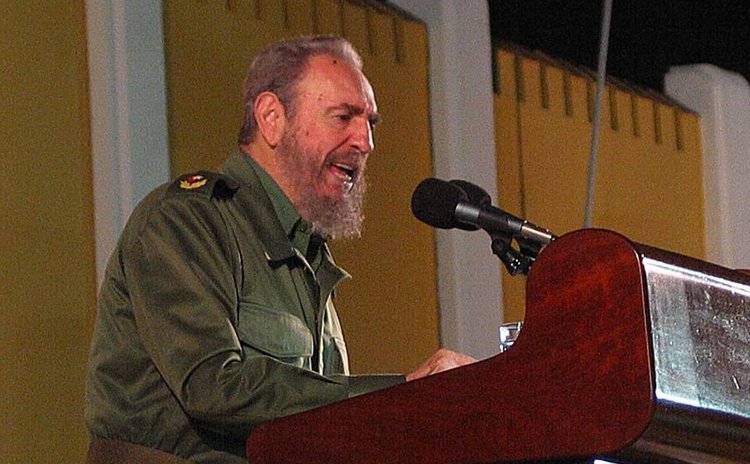 File photo taken on July 26, 2003 shows Fidel Castro giving speech during a rally at the site of Moncada barracks in Santiago, Cuba

PARIS, Nov. 26 (Xinhua) -- French President Francois Hollande on Saturday mourned the passing of Cuban revolutionary leader Fidel Castro and paid tribute to a "major figure of the 20th century," who offered " Cubans an opportunity to be proud of freedom from foreign rule."

The French head of state send condolences to the late leader's brother and Cuba's incumbent President Raul Castro and to the Cuban nation.

Hollande met Fidel Castro in May, 2015 during the first ever visit by a French president to Cuba since the Cuban revolution in 1959.

Jean-Marc Ayrault hoped Cuba's resumed talks with the United States to end the embargo the latter imposed against Havana "will be accompanied by Cuba's openness to the world and a response to the aspirations of the Cuban people for freedom."

"In accordance with its values, France stands ready to support progress in this direction," he said.

Fidel Castro died late Friday at the age of 90. He led the 1959 Cuban revolution that overthrew Cuban dictator Fulgencio Batista. Fidel Castro had led Cuba for nearly half a century before stepping down in 2006 for health reasons. He was succeeded by Raul Castro.