From Harvey to Irma, is this hurricane season unusual? 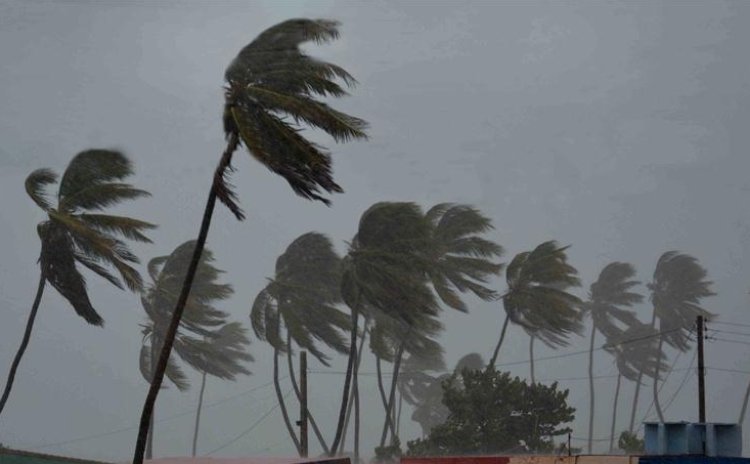 Palm trees sway in the strong winds of the hurricane

Irma, downgraded to a Category 4 hurricane from a Category 5 on Friday made landfall in south Florida on Sunday morning.

The U.S. National Hurricane Center cautioned in an advisory that, with winds reaching 250 kilometers per hour was "extremely dangerous."

U.S. President Donald Trump tweeted: "Hurricane Irma is of epic proportion, perhaps bigger than we have ever seen. Be safe and get out of its way, if possible. Federal G is ready!"

The back-to-back major hurricanes, and two new ones, Jose and Katia, immediately raised one question: Is this hurricane season unusual, against the backdrop of global warming?

Not too out of ordinary

"The United States has never been hit by two Category 4 hurricanes (in the same season) before," Phil Klotzbach, a noted hurricane expert at Colorado State University, told Xinhua. "(But) this is only the second hurricane to likely hit the United States this year. We've had four major hurricanes hit (in one season) in prior years, so not too out of the ordinary yet."

According to the U.S. National Hurricane Center, an average Atlantic hurricane season, which runs from June 1 to Nov. 30, produces 12 named storms, of which six become hurricanes, including three major hurricanes.

Over a typical two-year period, the U.S. coastline is struck by an average of three hurricanes, one of which is classified as a Category 3 or higher with winds reaching at least 178 kilometers per hour, also known as a major hurricane.

Actually, the U.S. has seen four hurricanes of at least Category 3 strength in one season before, with the most recent example of this occurring in 2005 when Dennis, Katrina, Rita and Wilma made landfall, said Klotzbach.

But it is indeed the first time three hurricanes, Irma, Jose and Katia, have the potential to hit land at the same time, according to Eric Blake, a scientist at the U.S. National Hurricane Center.

"Never seen anything like this in the modern record," Blake tweeted. "Three separate hurricane watches at once for the Atlantic? Unparalleled here and totally ridiculous given (the scale of) Irma." Active year

Richard Rood, a professor of Climate and Space Sciences and Engineering at the University of Michigan in Ann Arbor, said this year is "characteristic of an active year" although Atlantic hurricanes that hit the United States vary from year to year.

"Hurricanes are organized not only with their circular flow around the eye, but also vertically. The eye wall is, approximately, straight up and down," Rood explained to Xinhua.

"During active years, the ocean is warm, but it is also required that the wind in the upper troposphere be relatively weak. If the upper tropospheric winds are strong, then they inhibit the ability of the storm to develop their vertical structure," he said.

"Another characteristic of busy years is that disturbances originating in North Africa support the organization of hurricanes. This year, all of these features are present." Climate change

Hurricanes like Harvey and Irma are not caused by climate change, but they have prompted questions about the role of rising global temperatures, which scientists say are caused by increased greenhouse-gas emissions from burning fossil fuel.

A prudent Klotzbach refused to jump to a conclusion, only saying that "it's hard to say for sure how much climate change is involved."

"The Atlantic has actually been in a fairly quiet period for hurricanes over the past few years (until this year). Also, prior to Harvey, the United States had gone through its longest record period with no major hurricane landfalls," he said.

Rood, however, was less skeptical. "We know that the air temperature is warming. More importantly, the ocean temperature and ocean heat content are increasing. Therefore, all storms that form are in this changing, warming climate," he said. "Hence, it is hard to imagine a situation where the warming does not influence the storm."

"The question might be -- is the influence of the warming large enough that we can say it is different in some way than storms, say, 50 years ago? The scientists who do attribution studies are, more and more, answering that question as 'yes,'" Rood continued.

"The amount might be on the order of 10 percent more precipitation. These storms are already extreme events, therefore, an additional 10 percent is quite important. It pushes the impacts beyond the boundaries for which we might have prepared," he concluded. "The extreme precipitation and the large geographical extent of the 2017 storms are consistent with a warming climate."

As to whether back-to-back major hurricanes are unusual, Klotzbach said such a situation was "fairly common."

"In 1961, in fact, the first five storms in the Atlantic were all major hurricanes," he said. "In terms of landfalls, the last time we had two major hurricanes both make landfall were Ivan and Jeanne in 2004."

However, back-to-back major hurricanes making landfall in the continental U.S. "are indeed unusual," noted Rood. He called climate policies by the Trump administration, which has mostly maintained that climate change is a hoax, "short-sighted and destructive."

"Is this (more frequent hurricanes) the new normal? I don't like the term 'new normal,' because we are in a time where the climate will be warming for the foreseeable future -- at least, the next several decades," said Rood. "The new normal is change. The weather is changing; hence, the statistics of storms are changing. I expect the extreme storms to become more frequent and more extreme," Rood said.