From potential to potency — the plan for women's cricket 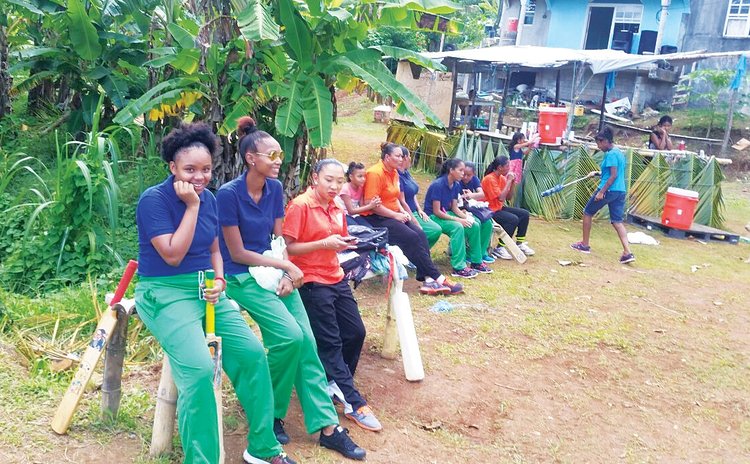 Women cricketers at the Kalinago Territory

West Indies Cricket Development Officer, Mervin Thomas said that in the most recent tournaments, three Under-19 (U-19) players were in the national women's team.

Thomas said there is a plan to organise a training camp with a squad of 30 Dominican U-19 players, which would be a significant step to move local women's cricket from potential to potency.

He pointed out that sustainable development of women's cricket must be based on 'age-group' matches and tackled from the primary school level up.

In that regard, men's cricket is well organised with training squads in place at U-13, U-15 and U-20 levels, but similar arrangements for girls do not exist. According to Thomas, Dominica has produced three particularly notable players, which is an important achievement considering its relatively small size and population.

He also disclosed that the Kalinago Territory has been holding its own where Dominica's women's cricket is concerned.

All in all, support for local women's cricket has been encouraging, Thomas said, adding that it has taken centre stage because the players are performing well.

He asserted that steps are being taken at the West Indies Cricket Board (WICB) level to ensure that female players get their fair share of the pie. Leading West Indies women's team members now get WICB retainer contracts like their male counterparts.

Thomas said the future looks bright right because female players are motivated and committed. "There is tremendous potential in terms of women's cricket," he affirmed.

Head of the Grassroots Cricket Academy, Sharon Gregoire also sees great potential in women's cricket here, but she called for a more organised approach to the sport.

"There's a lot of potential … but they need a lot more things … in terms of organisation … coaching … practice sessions… play time, so they can become a force again…" she said.

Gregoire who coached the national women's team for one year and is coaching members of her academy, noted that players are committed, but some have to balance cricket with school or work.

She said players are willing to do more intense and focused training and if they get help to train better and more consistently, local women's cricket will make tremendous strides.

"They have the raw talent. Get somebody to work with them on what they already have to develop their skills a little further," Gregoire said.

She added that training should be better organised and must be continuous, rather than rushed training just before tournaments start.

Four female players who are members of the Grassroots Academy are on the national team.

Preparations are now underway there for the 2017 Female Cricket League, which is slated to begin in May.

Remarking that there is much cricketing talent among Kalinago females, Burton said women's cricket there is being hampered by deficiencies in organsation.

"It seems that only when competitions are coming up they hustle and try to make things happen. What we would like to see [is] continuous training for the girls…" Burton said.

He said there are three qualified persons at the Kalinago Territory who can conduct training instead of making players travel to Roseau and Portsmouth to train.

"It's like a whole waste of time to go right down to Roseau…" Burton said. "We have the expertise up here and we can do the training," he declared.

He called for incentives to be offered to those who can conduct training sessions for female cricketers at the Kalinago Territory.

Burton believes the Dominica Cricket Association should spearhead and support the establishment of a training squad of the island's best female cricketers.