From Speaker Alix Boyd Knights to Speaker Joseph Isaac: The more things change, the more they stay the same 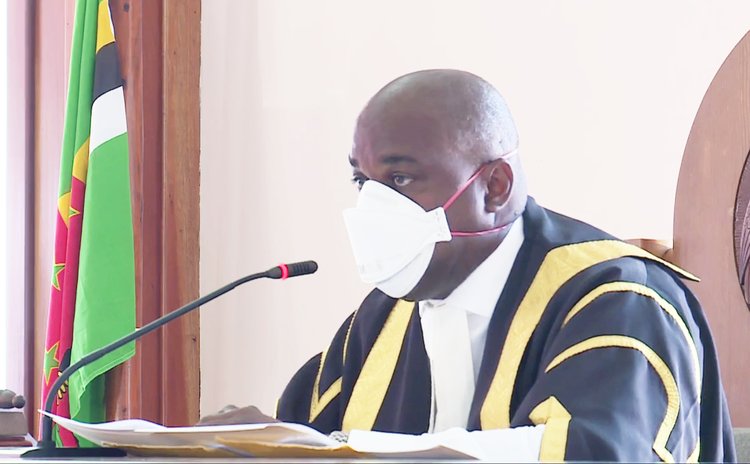 When Alix Boyd-Knights vacated the seat of the Speaker of the Dominica House of Assembly late last year, after the 2019 General Election, you would be forgiven if you entertained the thought that an extremely divisive period in our political history had ended after 20 years of vicious party political acrimony in the House of Assembly, the highest institution in this nation state.

But although Speaker Boyd-Knights is no longer physically sitting on the Speaker's chair, she is nonetheless there in spirit, and some would say, even in the flesh as Mr. Speaker, Joseph Isaac. Boyd-Knights' grandson is in the background too as the Deputy Speaker, to ensure that her legacy continues.

Well, as Jean-Baptiste Alphonse Karr said in 1849, the year after the French revolution, "plus ça change, plus c'est la même chose". (The more things change, the more they stay the same).

That things have changed but remain the same was quite evident last week when Leader of the Opposition Lennox Linton presented a rebuttal to Parliament following the annual budget speech by Prime Minister Roosevelt Skerrit.

Speaker Isaac disrupted Linton's presentation no less than 15 times, repeating the former Speaker's mantra: "You are impugning improper motives". It then became obvious that Isaac was trying desperately to master Speaker Alix Boyd- Knights' playbook, a style that she fine-tuned over nearly two decades on the floor of Parliament, where Speaker Knights and the opposition clashed repeatedly.

Last week, Speaker Isaac pounced when Linton began attacking the lack of transparency and integrity of Government's Citizenship by Investment (CBI) Programme describing government's use of the housing component "illegal" and "plundered". Speaker Isaac, with support from Minister Reginald Austrie, demanded that Linton withdraw the statement because, they claimed, it was "un-parliamentary" and "impugned improper motives" and that Linton would have been sued if he made these statements in public where he did not have the protection of privilege of the parliament. But Isaac knows that this is nonsense: Linton has made these accusations many times in public during the last 12 months and no one has been sued.

We have said before that it is our view that the antagonism between the Speaker, now Isaac or then Boyd-Knights, and the Opposition will continue unless Dominica finds a more nonpartisan method of appointing the Speaker of the House of Assembly. Or picks someone who can be impartial in the Speaker's chair. Currently, the Constitution gives the Prime Minister the prerogative to select the Speaker although, seemingly, it is Parliament which appoints that person to the post. We believe that Mr. Isaac is doing exactly as he was appointed to do: pore cold water on whatever little fire the opposition dares to ignite in parliament against the government.

In parliamentary democracies like Dominica the Speaker is expected to ensure the orderly and effective functioning of the Legislative arm of government. This has been underscored by legal luminary Sir Brian Alleyne when he said in a speech a few years ago that the Speaker is the "servant" of Parliament, not its master, and he speaks "as the House is pleased to direct."

The Speaker, he added, is bound by the rules and conventions governing the conduct of the proceedings of the House. He, or she, is not the servant of the Executive and indeed is bound to jealously preserve the privileges of the House and its members against any incursion by the Executive. Impartiality and neutrality should be essential characteristics of the office of Speaker.

But, we argue, such neutrality of the Speaker is fake. It is an ideal that the system fails to sustain. We believe that there is a fundamental contradiction between what is theoretically expected from Speakers of the House of Assembly in the Westminster system of Government that we inherited from Britain and that which has occurred in practice in Dominica over the past two decades, up to last week.

Parliament is barefacedly undemocratic. The Prime Minister is an unacknowledged king or dictator who controls not only his Cabinet but also parliament and its agenda. In fact parliament is no more than a red rubber stamp of Cabinet, the Executive branch of government, especially in the present environment where the Skerrit-led government has a large majority.

In the speech we referred to earlier Sir Brian suggested that although the framers of our Constitution have built in a number of checks and balances in the system of government, it nonetheless takes a proactive civil society with honest administrators to ensure that the system works. What we may now be experiencing is a situation in which the Prime Minister controls, directly and indirectly, the Cabinet, Parliament and all the other institutions which are supposed to operate independently of the Executive. The Prime Minister is a king- there's no doubt about that.

Attorney-at-Law and historian Dr. William Riviere made that point succinctly in a chapter entitled: "Democracy or One-man Rule" in a book published in 2917: "Our Constitution: Democracy or One-Man Rule".

Dr. Riviere argues that "the intention of the founding fathers of our nation may well have been, that the Executive would be collectively responsible to Parliament.

"But, quite apart from nebulously stating so at Section 60(3), the Constitution signally fails to provide any mechanism at all by which such collective responsibility might be achieved.

"More correctly, it is the Prime Minister as individual, not the Cabinet as collective that from the standpoint of our Constitution dominates the Legislature. In fact, the power and authority of the Prime Minister goes beyond this. It is all-pervasive.

"The Constitution invests the Prime Minister with power, directly and indirectly, to effectively control not only the Legislature but, as well, the Head of State, the Cabinet of Ministers and the institutions of Public Administration, including the Security Forces. And the Prime Minister is equipped with power to greatly influence the functioning of the Judiciary".

So, let's end the sham. Let's agree that parliament in Dominica is the most outrageous public charade of the mal-application of the Westminster system of government.

Let's end this theatre of the absurd where ladies wear fancy British hats but where content of debate and where respect for others has gone to the dogs; where a government with an 18-3 majority appears to be deathly afraid to hear the opposition speak.

It's time for Dominica to get real.