JUMP BALL No. XXIX (Segment A): By Arlington James 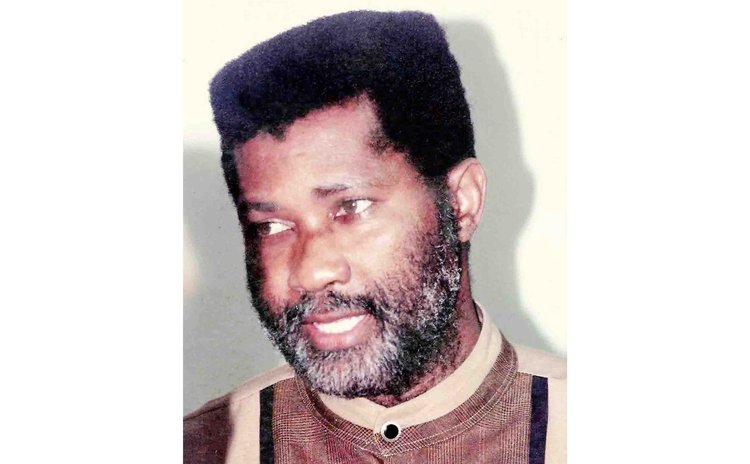 It is traditional in Dominica for a politician, or some other high-ranking official, to be "involved" in the official opening ceremony of the national basketball season or a community "Off-Season" basketball league. That individual, usually the minister responsible for sports – or his/her representative, or the Parliamentary Representative for the particular community in which the league is staged, delivers an address, inspects the teams on parade, and may even be invited to attempt a shot at the basket to symbolically open the particular season/league.

However, a few local politicians have been more involved in basketball than merely giving an inspiring speech, shaking players' hands, or shooting a Free-Throw. Some have been active players; others have sponsored teams or even a league; while still others have spearheaded the development of facilities, coached, organised leagues, or even be involved in basketball administration at the national level.

One of those politician/basketballers performed multiple roles of player and sponsor while simultaneously serving as a government minister. Two others contributed as player, coach, organiser and occasional referee.

It is important to note that one of those basketballer/politicians went on to serve Dominica as Minister for Sports, with three others being appointed Minister for Agriculture. Another served as Opposition Leader, and still two others shouldered the responsibility of Prime Minister of the Commonwealth of Dominica.

Dear Reader, I now invite you to step onto the court and meet the individual members of this "team" of politicians/basketballers who all contributed to Dominica's development in the areas of party politics, government and basketball. We bounce off with one of four who played in the top division of Dominica's national basketball league.

Pierre Charles (Deceased), who was popularly known in political, social and basketball circles as "Pierro", served as a member of the Grand Bay Village Council for several years prior to entering party politics.

In 2000, following the sudden death of Prime Minster Roosevelt Douglas, Pierro was appointed as Dominica's 6th Prime Minister and led the country from October 2000 until he too died suddenly, in January 2004.

Interestingly, Pierro had been more active in basketball than his predecessor as Prime Minister, having played with Pros from Grand Bay in the 1970s/1980s, in the top division of the national league.

Pros were sometimes a force to reckon with and Pierro was well-known for his sometimes aggressive defending, coupled of course, with his signature hook-shot.

It is interesting to note that in a 1978 national league match between Pros and Starlights, which ended with a record-setting score of 136-58 in favour of Pros, the three top-scorers in that encounter were Pros' Lambert Henderson (58 pts), Augustus "Perez" St. Hilaire (42 pts) and Pierre Charles (22 pts).

Pierro also played with Net-Cutters in the Grand Bay Basketball League where he officiated occasionally.

Norris Prevost, often referred to as "Prevo for Roseau", is a founding member of the United Workers Party (UWP). Mr. Prevost got into Dominica's Parliament when he was appointed Senator in the House of Assembly following the 1990 General Elections, and went on to hold that position until 2005. He also served as Minister for Tourism in the UWP-led administration from 1995 to 2000.

In 2005, and again in 2009, Mr. Prevost was elected Parliamentary Representative for the Roseau Central Constituency, and subsequently continued as a Member of Parliament until 2014 when he retired from elective politics.

In terms of basketball, Norris Prevost's involvement in the sport dates back to his high school days when he represented St. Mary's Academy in an Inter-Secondary Schools Tournament versus St. Joseph's Academy in Antigua.

Mr. Prevost was also a basketball sponsor when his firm, ByTrinee, sponsored Flames Basketball Team. The sponsorship continued to his next company, Antilles Cement.

Furthermore, he helped sponsor Garth Joseph to play in the USA, eventually reaching the NBA.

However, Norris Prevost is better known in basketball circles as Patron of the Roseau Improvement Committee (RIC), which sponsored and staged the popular RIC Basketball League from the 1990s to the early 2000s. That league became dormant due to deterioration of the facilities.

Jump Ball extends condolences to the family, friends and colleagues of the late Dr. Phillip St. Jean who had played basketball with SMA, SIFOCOL and Southeast Suns. Furthermore, he was Dominica's 1980 Junior Calypso Monarch.

He was inadvertently not featured in Jump Ball's Arts… Basketball… Culture or The Real Doctors in Dominica's Basketball.