From the Court to the Platform 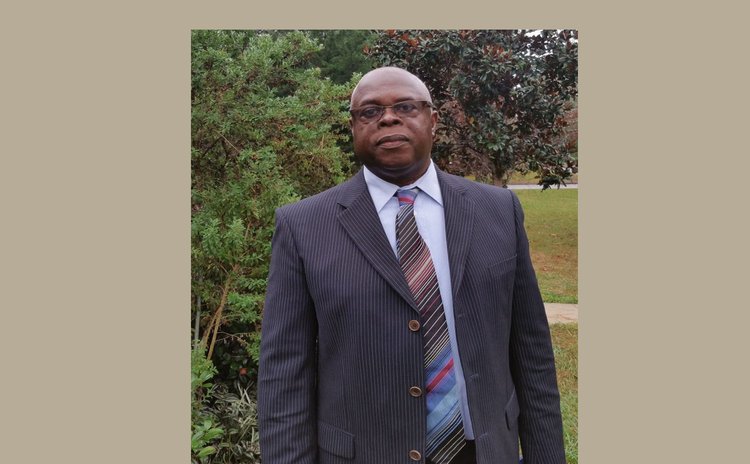 Segment D of From the Court to the Platform presented Alvin Bernard, Ronald Charles and Dr. Kenneth Darroux. The article concludes below:-

Peter Carbon first walked the halls of Dominica's Parliament when, as a United Workers Party Candidate in the 1995 General Elections, he was elected Parliamentary Representative for the Wesley Constituency. He then went on to serve that constituency in that capacity until 2010.

Peter also served as Minister for Agriculture & Environment, from 1995 to 2000.

Jumping from the platform onto the court, a few decades ago Peter played in the top division of the national basketball league with Dominica Grammar School.

Subsequently, while studying overseas, Peter played with ECIAF (Eastern Caribbean Institute of Agriculture & Forestry), in the Arima League in Trinidad. A few years later he played with Canada Hall in the University of the West Indies / St. Augustine League, also in Trinidad.

Furthermore, apart from playing, Peter spearheaded the construction of the Woodford Hill basketball court and the lighting of the court in his home village of Wesley. Moreover, as Parliamentary Representative, he sponsored the North-East Basketball League from 1995 to 2000. He has also attended a couple of NBA games in the USA.

Rayburn Blackmore made his entry into Dominica's Parliament in 2005 after he successfully contested the Mahaut Constituency seat as the Dominica Labour Party candidate at the General Elections. Thereafter, he has been re-elected twice (2010, 2014) as Parliamentary Representative for the Mahaut Constituency. Currently he is the Minister for Justice, Immigration & National Security in the Cabinet of Ministers.

Stepping into the basketball arena, Rayburn, who hails from Mahaut, has not played competitive basketball. However, he is well-known in basketball circles, particularly in his next-door village of Massacre where, as "Parl Rep" he sponsored several editions of the Massacre (Off-Season) Basketball League.

In another dimension of the sport, although Rayburn has never shot 3-Pointers nor slam-dunked, one will often see him posing along with Massacre's Premier Division basketball team in team photographs. In multiple ways Rayburn has been an avid supporter of Blazers who have copped the second highest number of league championships in Dominica's basketball thus far.

Observations: The 14-man "team" presented in the four previous segments of the article and above all contributed towards Dominica's political landscape, as well as to national and basketball development on the island.

Twelve were players, individually competing from the top level of the National League, to community "Off-Season" leagues, to School Leagues, down to playing recreationally. Furthermore, a handful coached, managed, or officiated in games.

Did you note during the 'player-introductions', we had two who had served as Prime Minister; three as Minister for Agriculture; one as Minister for Sports; one as Opposition Leader; two Douglas brothers; two Charles; two K. Darroux; two Ronalds; and two Doctors? Four are currently serving as Ministers in the Government Cabinet.

Did you observe too that one played in leagues in Trinidad and one in Cuba, while pursuing studies in their respective fields? Unfortunately, none of the 11 players represented Dominica in basketball.

Nine (9) of those politicians who either played or were affiliated to a league or team were elected at General Elections as Parliamentary Representative for their respective constituencies as follows:- Grand Bay, La Plaine, Massacre, Petite Savanne, Portsmouth, Roseau Central, Roseau Valley, St. Joseph and Wesley.

Three of those "Parl Reps" had also previously served on Local Authorities, viz. the Grand Bay, La Plaine and St. Joseph Village Councils. Two other basketballer/politicians who did not sit in Parliament had also served on the Portsmouth Town Council and the Trafalgar/Fond Canie/Shawford Village Council respectively.

Twelve of the fourteen politicians/basketballers are alive today. So, do you think that we can have two mixed Six-a-Side teams engage each other in some 4-on-4 action, just for the fun of it, with another former Minister for Sports officiating that match? That encounter should certainly be apolitical and entertaining!

To crown the event, all 12 players, as well as the two deceased (through their representatives), would be voted MVPs, i.e. Most Versatile Politicians & Players.