As the opposition United Workers Party (UWP) searches for a leader following the resignation of Lennox Linton, all eyes turn to economist Dr. Thompson Fontaine 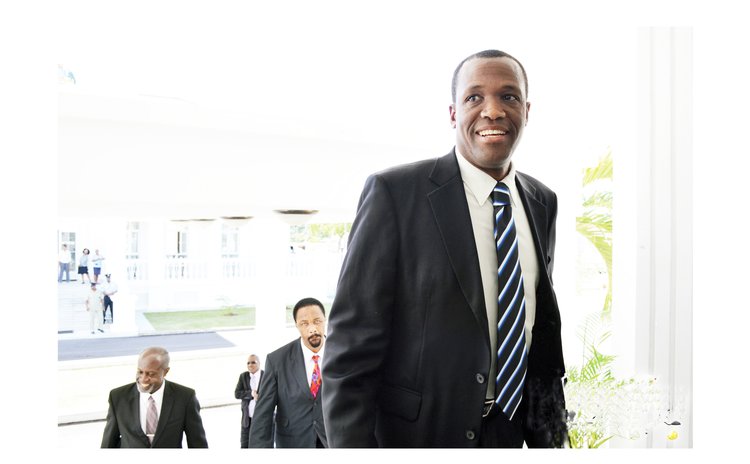 When the next general election is held in Dominica, economist Dr. Thomson Fontaine is hoping to return to the political arena, but this time as a leader of the United Workers Party (UWP).

Dr. Fontaine has confirmed to The Sun Newspaper his intention to contest for the position of leader of the UWP come November 2022, at the party's delegates conference.

"Following the resignation of Hon. Linton as leader of the UWP it is my intention to contend for the position of leader at the Party's next delegates conference," he revealed.

The former IMF economist was 2014 UWP's candidate for the Morne Jaune/Riviere Cyrique constituency. He, however, was defeated by Ivor Stephenson but was later appointed senator by the parliamentary opposition then led by Lennox Linton.

In 2019, this post was stripped from Fontaine as he had missed three consecutive sittings of parliament. Upon his return to Dominica earlier this year–April– the policy advisor to the South Sudan government, was arrested on the strength of a bench warrant issued by Magistrate Asquith Riviere following his absence for two court appearances in 2018 on charge of incitement and obstruction of justice, a matter which dates back to February 7, 2017.

Dr. Fontaine who is now on a $75,000 bail was long rumoured to have been a replacement for Linton who has since relinquished the post of leader of the party, with immediate effect, on September 30, 2022.

Deputy political leader, Francisca Joseph, who ascends to the position of party leader until that position is determined at the party's delegates conference is tightlipped on the possibility of her contesting the leadership position of the party.

"When Mr. Linton resigned, I obviously became the interim leader," she stated. "I cannot comment yet on anything further. We await the delegates conference and see what transpires and emerges and we continue to do the work because we are a united party and we will fight for the cause of freeing our country from poverty and unemployment."

Joseph, who is the first female to serve at the helm of the party contends that women participation in politics can be meaningful and encourages others to not shy away from such roles.

Another possible contender is Hector "Spags John, the member of parliament for Salisbury and former Leader of the Opposition. He told The Sun that he will not contest the position of leader of the party.

"I'm a team player and I will work with anybody who emerges as leader come November but at this time, I am not looking for the leadership role in the party."

John added: "So I will be 100 percent behind whoever is elected as leader so that the party can move in the right direction to unite and work towards the advancement of our country."

Meanwhile, President of the UWP, Isaac Baptiste has registered the party's "considerable and undying gratitude to have had the opportunity to be led by Mr. Linton."

Isaac added, while the news of Linton's resignation has bodes the question, "Where do we go from here?" He noted this current event has plunged the UWP into a shift which according to him, if executed wisely, will position the party to take maximum advantage of the many opportunities which will be presented in this new era.

"This shift is about the future of our country – the need for change which will be beneficial to all, and not a select few, '' he said in a press statement. "It is about ensuring that our children are safe in our city, villages and hamlets, and that our young people have the opportunities at their disposal to help them become successful, productive citizens."

He continued: "On a broader scale, this shift is about regaining our reputation on the world stage and restoring the integrity of citizenship in our beloved nation."

The party's President vowed that the executive of the UWP will immediately begin the process of securing the next team to lead the organisation.

"But even with the selection of a new leader, a unification of all who believe in the cause and are willing to put their hands to the plough is required to ensure the change we desire to see in Dominica. All hands must be on deck."