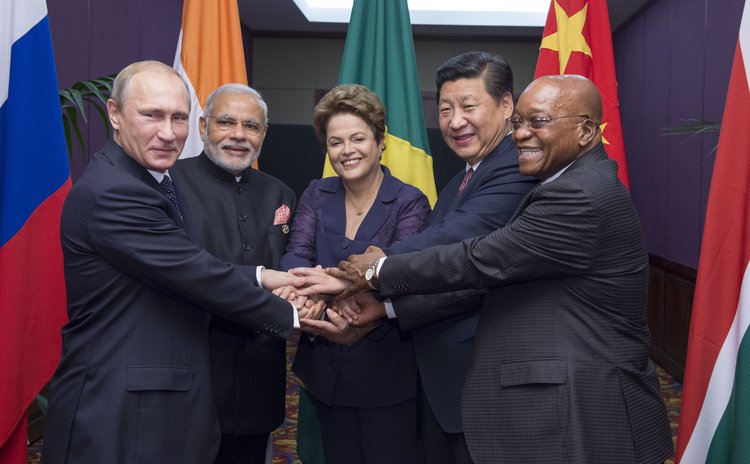 BRISBANE, Australia, Nov. 16 (Xinhua/Sun) -- The G20 leaders said here Sunday that they remain confident about raising their collective GDP by more than 2 percent by 2018 despite renewed risks in global economy.

After two days of discussions, leaders of 20 major world economies reaffirmed their pledge in overcoming geopolitical tensions and financial risks to spur global growth by an additional 2 percent above current projections over five years.

"This year we set an ambitious goal to lift the G20's GDP by at least an additional 2 percent by 2018," reads a communique issued after the conclusion of leaders summit in Brisbane.

Analysis by the IMF-OECD indicates that the commitment, if fully implemented, will deliver 2.1 percent, which will add more than 2 trillion U.S. dollars to the global economy and create millions of jobs, it said.

The ninth meeting of its kind since 2008, the summit was centered on boosting growth and creating jobs, building a stronger, more resilient global economy as well as strengthening global institutions.

After leading the world out of an economic crisis and through the initial stages of recovery, the G20 nations, which represent 85 percent of global gross domestic product, have shifted their attention to sustained growth.

Besides macroeconomic policies settings, G20 governments have been urged to press ahead with domestic structural reforms that have positive spillovers to global economic outlook.

"We will monitor and hold each other to account for implementing our commitment," the leaders pledged.

At collective level, the G20 will continue to pressure the United States to ratify IMF 2010 quota and governance reform package by year-end which emerging economies said they would ask the IMF to develop possible next steps if the United States refuses. "The implementation of the 2010 reforms remains our highest priority for the IMF and we urge the U.S. to ratify them," the G20 leaders reiterated.

"At the Brisbane Summit, leaders should commit to specific steps that ensure that the failure to advance the governance reforms does not impact on the operations of the IMF," said Mike Callaghan from The Lowy Institute for International Policy, an independent policy think tank in Australia.

Despite its non-treaty based nature, the G20 is capable of providing high-level strategic leadership to ensure that international economic institutions, such as the IMF, World Bank and WTO can meet the needs of an increasingly integrated and changing global economy.

The reform of the World Bank, over the long run, also needs to deal with the merit-based selection of the World Bank president, a revamping of shareholdings and voting rights in the executive boards of the institution and an overhaul of the bank's operational modalities, said Dr. Simon Shen, associate professor & director of global studies programme of faculty of social science of the Chinese University of Hong Kong.

Among the obstacles that may derail the leaders' concerted efforts in realizing G20 growth strategies, the U.S. quantitative easing (QE) exit, slowdown of "Abenomics" and the negative impact of consumption tax surfacing in Japan as well as stagnancy of eurozone are high on the agenda, Shen said.

Hailed as a breakthrough, India and the United States reached a deal on Thursday over food stockpiles which removed a major obstacle to the WTO trade facilitation agreement that has been stalled for months and restored confidence in the multi-lateral trading system.

The pact, which precedes the G20 meeting this weekend, allows India to continue its extensive food subsidy program. In settling the dispute, India returns to the negotiating table on a broader trade package.

In a broader picture, continued political crises, especially in the Middle East, and the war against ISIS in which many of the leading economies have become entangled could also be a potential drag on the global economy, warned Bessma Momani, senior fellow of the Centre for International Governance Innovation (CIGI), an independent think tank on global governance in Canada.

It is agreed that outcomes of the Brisbane Summit will be more credible if policy commitments are accompanied by details on how the implementation of commitments will be monitored and results measured, observers said.

"While it may be easy for leaders to agree to a growth number, getting each of them to commit to concrete, actionable and measurable proposals, for which the leaders are willing to be held accountable, is a much more difficult objective," said Saul Eslake, chief economist for Bank of America Merrill Lynch, based in Melbourne, Australia