Games and Toys Festival on 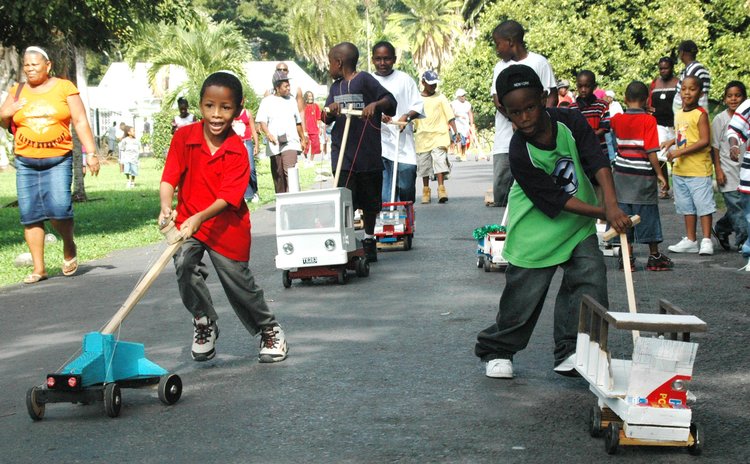 The Division of Culture in collaboration with several partners including the Ministries of Education and Kalinago Affairs, Alliance Francaise and the Discover Dominica Authority is to host a Festival Jwé Twadisyonnèl Domnik, a festival of traditional games and toys, on March 4-6, 2015.

The Festival is aimed at revitalizing traditional games and the building of local toys and targets the school population as well as the general public. A Festival Planning Committee is responsible for managing the planning and staging of the festival. The Division of Culture is performing the main coordinating role.

The key highlights are as follows:

These events include a street parade of traditional toys and an opening or special ceremony featuring addresses by government and other officials.

The festival will be attended by several persons of the Association Gwajeka of Guadeloupe. The Guadeloupean delegation is headed by Mr. Jean-Paul Quiko, President of Gwajeka.