Garth Joseph: Only Dominican to Play In NBA 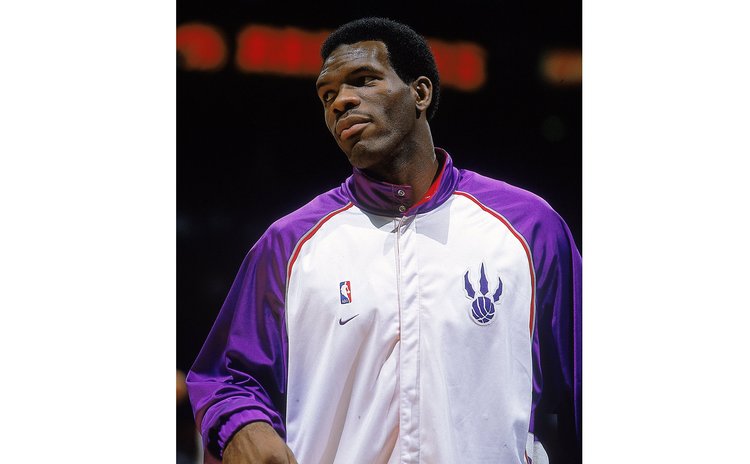 Garth Joseph while a member of Toronto Raptors, 2000

On Wednesday 6th December 2000 two newspapers on Dominica each carried a story about Garth Joseph - the first and only Dominican to play in the NBA.

The Independent's story, "Dominican in the NBA – Garth Joseph" was contributed by Mickey Joseph, former President of the Dominica Amateur Basketball Association and national basketball coach.

Tropical Star's story on that historic event had a simple caption, Dominican Plays In NBA. Their story included over 99% of the item about Garth that appeared in The Independent, with some additional paragraphs at the start and at the end.

Dominicans who are aware are basking in the knowledge of knowing that one of their nationals has finally made it big time in basketball by playing in the National Basketball Association (NBA) League in the United States.

A few years ago Dominicans waited with great anticipation to the NBA draft to hear how Garth Joseph would fare out. Adonal Foyle and Tim Duncan also of the Caribbean made the cut. Duncan went on to win an NBA title with San Antonio Spurs.

The good news is that Garth Joseph has made it, and played!

Mickey Joseph who headed the Dominica Amateur Basketball Association for a decade picks up the story.

"It was a Monday morning [in 2000] when I got a call from a friend telling me that while browsing the NBA website there was an article on the Toronto Raptors website talking about Garth Joseph. He could not believe what he was reading so he called me to confirm.

"I then went to the site and there it was: Garth Joseph was part of the Toronto Raptors training camp. I felt a sudden rush of pride that after all these years he had finally made it to the big time.

"Then it happened that Garth was placed on the active list to replace Mugsy Bouges who was injured."

"Garth's first game was three minutes for 2 points and a couple of rebounds.

"Then after all the excitement I realised the historical significance of these 3 minutes. A Dominican had played his first NBA game.

"Let's go back in time. It was in 1993 that I first talked to Garth. He was a member of Antilles Flames under the coaching of Alphonso "Fanso" Etienne. Garth was very difficult because basketball was not his first love. But his height and size made a natural asset. So Alphonso kept on working.

"During that same year a coach from Iona University with the help of SMA came down to look at Garth. What he saw was not impressive. He (Garth) lost his first opportunity.

"I then asked Jay Mandle, a visiting referee from Colgate University and also the adopted father of Adonal Foyle of St. Vincent now playing with Golden State (Warriors). He then told me that Garth is not quite good to play Division I basketball, but a good Division II school could use him, and that was it.

"It was not until the following year after being a member of the Dominica national team, and winning the (Windward Islands Basketball) championship in St. Lucia, the Association invited a US college mixed basketball team to visit Dominica. The organisation which coordinated this visit was People to People Inc., and our first meeting was with Brian Beaury, coach of the team and College of St. Rose in Albany, NY.

"After two nights with the coach and a few of Tony's rum punches, the coach told me he was interested in giving Garth a scholarship. And the hope began.

"After three years of college, Garth made himself available for the NBA Draft but faced the disappointment of not being drafted. It was a couple of weeks later he called me to tell me that he was going to Boston to try out for Celtics. But that did not work, and off he went to Greece to play European basketball. There he played for one year [with Peristeri B.C.] and went back to the States to work on his dream of making it to the NBA. But with injuries to his ankle, that prevented him from being considered by the NBA teams.

"It was only this year that his college coach, while cruising on the 'Fascination' sought me out to say hello, and to let me know how Garth was progressing. He then told me that Garth was in the top 50 players being looked at.

"And then came the historical news. He had finally made it to the NBA. The first Dominican ever to play in the highest level of basketball in the world."

Updated records can be found on the Raptors website.' END STORY.

It is important to note also that Garth had later played two games for Denver Nuggets in that 2000-2001 Season. Furthermore, while he played in the NBA one sports column had referred to him as "Shaq II", likening him to NBA's Shaquille 'Shaq' O'Neal.

Garth's story, to include his contributions to local basketball, pre- and post-NBA, as well as his engagements in Europe and Asia, continues in the next Jump Ball edition.