Jump Ball No. 42. By Arlington James 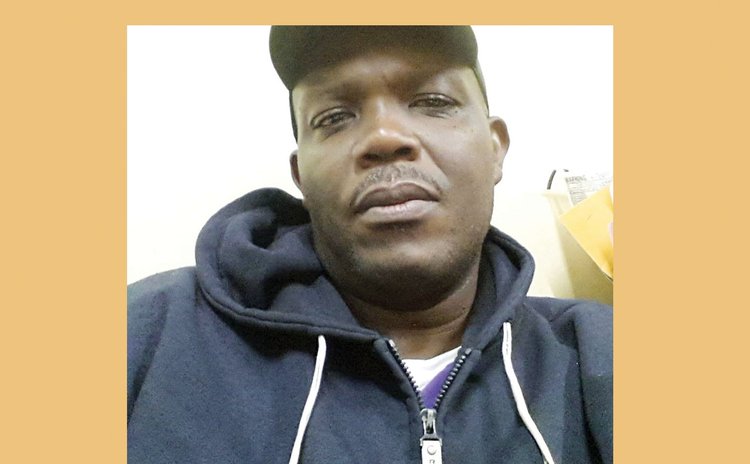 "I cannot imagine what my life would be without sports." These are Garvin James's words, and that is a true confession.

Garvin, standing at a burly 6 ft tall, is a Corporal in the Dominica Police Service, but he also has quite an impressive sports score-sheet. Furthermore, apart from playing he has spent many hours viewing several different sporting activities on television.

While attending St. Andrew's High School he represented his alma mater in football, Track & Field (400m, 800m) and basketball. He was also a member of the Wes-Mar Rangers Athletics Club.

More recently Garvin has played football, and soft-ball and hard-ball cricket with the Police Sports Club; T-20 cricket with Boiling Lake Steamers; table-tennis; dominos and trumps. But more importantly, James has been involved in basketball for about three decades now and has not skipped a season.

Garvin, a native of Wesley, scored his first 2 Pts in competitive basketball at age 14, playing with St. Andrews High School in the Sports Division Schools League. Back then, although his team suffered numerous defeats, he top-scored on several occasions.

Some time after leaving school Garvin played with Wesley's team in the national league and the REBOC League in the early 1990s. In later years, he played with Police Sports Club in Off-Season Leagues at Trafalgar, Portsmouth and Massacre.

'Police' has competed in three Divisions of the National Basketball League and Garvin has represented his team in all three.

He joined the Police Force in 1991 and the following year he played with Police when they first competed in the League's top division (Division I). He disclosed that he was on the court with team-mate Johnny Daniel, being 'pounded' by Cardinals that night, when Johnny suffered an injury which subsequently led to his untimely passing.

Garvin usually plays as a Small Forward and has also played Guard on a few occasions. And while he has never received an award for scoring he notes that he has scored many 20-pointers in his career. For example he comfortably sank 22 Pts vs BFC Cardinals in 1998; and a well-played 23 vs Antilles Flames, and a sweet 26 vs Hillsborough Warriors in 1999, all in the 2nd level men's division (Division I).

His highest individual game-score that he recalls making was 43 points, in a losing effort vs Knicks (senior Division), circa 1995.

In his many years representing Police Garvin assisted his team win two national championships in four years. Police won in Division II (3rd level men's division) in 2013 when they defeated Green Hornets of Trafalgar 3-1 in the Play-Off Finals. Then in 2016 they won in Division I (2nd LMD) and so were promoted to the Premier Division come 2017.

It must be noted that in 2014 and 2015 Police had also won the Zone A championship in the Regular League of both seasons. They had automatically moved up from the 3rd LMD to the 2nd LMD in 2014 when the national league was shrunk from three men's divisions to two.

Garvin, who usually starts for his team, is currently the longest-serving player on Police with some 26 years' service under his belt. However, one of the games he played that stands out most vividly on his 'memory screen' is Game 2 of the 2013 Division II best-of-three Semi-Finals, versus La Plaine Avengers.

In that match he had hit a 'buzzer-beating', game-winning 3-Pointer, enabling Police to tie the series which they subsequently won. The Lawmen later proceeded to squash Green Hornets 3-1 in the Finals and bring the championship trophy to 'Headquarters'.

However, on the flip side of the coin Garvin remembers being benched for Game 4 of the said Finals.

Awards: Garvin has played basketball for many years but has few accolades to show. However, among his small collection is an award received from the Police Sports Club for 'long and dedicated service' in the Club's participation in cricket and basketball.

Overseas Tours: Garvin has participated in a few overseas basketball tours. Firstly, he was a member of the REBOC All-Stars that traveled to Marie Galante in 1991 for a weekend engagement. Subsequently, he traveled to the Bahamas with Police Sports Club for the Law Enforcement Officers Basketball Tournament in 2011, 2012 and 2013.

His Thoughts: Garvin believes that local games were more competitive in the past as winning meant more to the players then than what obtains today.

Comment: Although Garvin has been playing basketball for over a quarter of a century now, he still plays with a lot of zeal and has many more years to contribute to the sport. Jump Ball wishes him well as he continues his basketball journey.