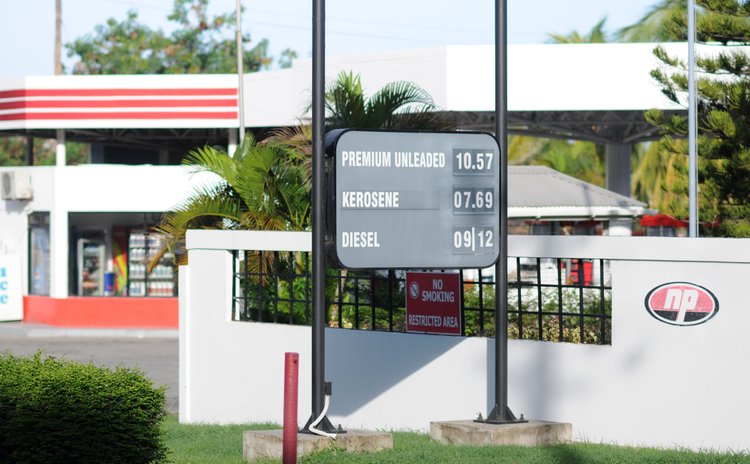 Billboard of gas, kerosene and diesel prices on display outside the NP gas station at Canefield

Gas prices went down by just 10 cents from yesterday, 11 October 2016; that's much better than last month when prices moved upwards by 39 cents.

On the international scene, Xinhua news agency reports that prices ended lower on Tuesday after mixed response from Russian oil industry leaders toward an output-cut deal proposed by OPEC (Organization of the Petroleum Exporting Countries).

In the previous session, oil prices rallied nearly 3 percent after Russian President Vladimir Putin said the country "is ready to join in joint measures to limit output and calls on other oil exporters to do the same."

"In the current situation, we think that a freeze or even a cut in oil production is probably the only proper decision to preserve stability in the global energy market," he said.

Saudi Arabia and other producers are unlikely to cut and higher prices would only bring U.S. shale producers back into the market, Sechin said.

His words weighed on the market on Tuesday.

Oil prices had advanced over 11 percent since the Organization of the Petroleum Exporting Countries reached a deal last Wednesday to cut crude output for the first time in eight years.

The group's oil ministers are expected to hammer out the final details of an agreement at their next official meeting on Nov. 30 in Vienna.