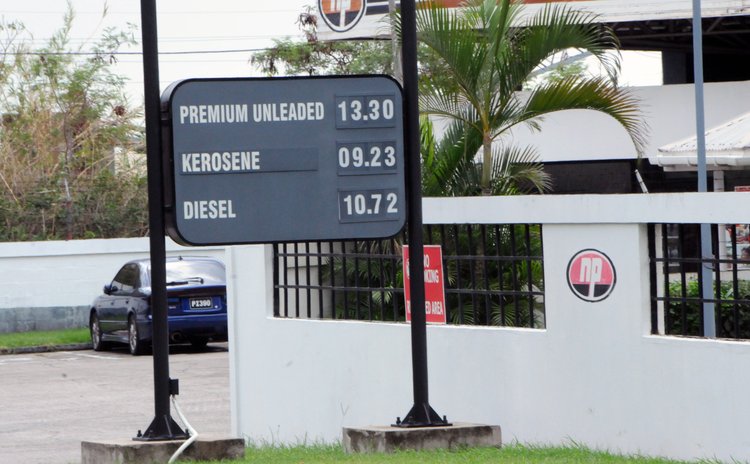 Signboard at the NP gas station at Canefield on July20 2015

Dominican drivers now have to pay an additional 25 cents per gallon of gas at the pump. Today prices jumped from EC$13.05 to EC$13.30 per gallon.

Gas prices had been rising and falling in Dominica throughout 2015 and began moving steadily upwards from March. Prices moved beyond $13 per gallon last month.

The differences between fuel prices among countries is due to the level of taxation that their governments apply, according to the website GlobalPetrolPrices.com

"All countries have access to the same petroleum prices of international markets but then decide to impose different taxes," says GlobalPetrolPrices. "As a general rule, richer countries have higher prices while poorer countries and the countries that produce and export oil have significantly lower prices. One notable exception is the US, which is an economically advanced country but has low gas prices. The differences in prices across countries are due to the various taxes and subsidies for gasoline."