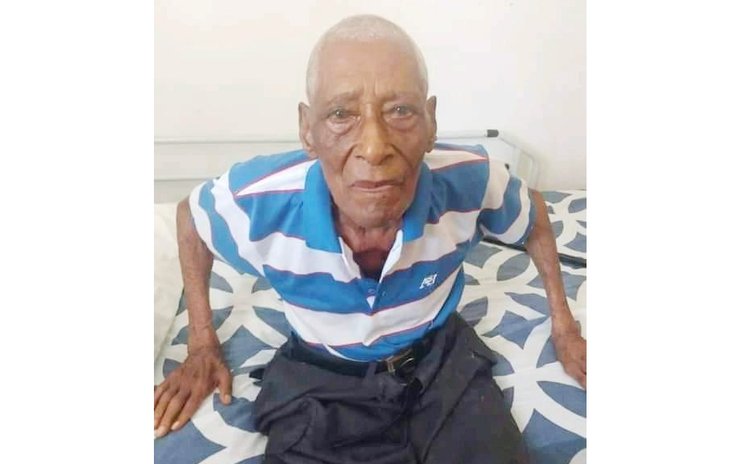 Things started on a rather sad note this week, as the nation learned of the passing of yet another gem.

Dominica, which is said to have the highest number of centenarians per capita in the world, in March of this year increased its tally of living centenarians to 27, but sadly within the past two months, four including the 103-year-old have passed on, decreasing the number to 23.

Mimicking that of Hurricane Maria in 2017, the storm underwent rapid intensification becoming a hurricane early Friday morning as it raced toward the Caribbean islands.

Within 24 hours, Elsa went from tropical-storm strength with 40-mph winds to a Category 1 hurricane with 75-mph winds.

While Dominica was spared, the first hurricane to hit Barbados in more than 60 years, Elsa leveled homes, unleashing heavy rains and winds on the island and then on St. Vincent and the Grenadines, which is still struggling to recover from recent massive volcanic eruptions.

One death was reported in Soufriere, St. Lucia, while two others were reported in the Dominican Republic.

The storm weakened on Saturday after peaking in strength on Friday when its maximum sustained winds were around 85 mph during the afternoon and evening hours.

But the storm has also already been blamed for widespread damage and power outages, in several Caribbean countries.

After five decades since the birth of the Cadence music genre here in Dominica, a month is finally being established to celebrate and observe the important role it plays in our society.

Throughout July, various Cadence pioneers will pay tribute to the genre which started in Dominica in the 1970s, through music, interviews, panel discussions, trivia, and much more.

The group Exile One is credited with the formation of the music which is a fusion of Cadence Rampa from Haiti and Calypso from Trinidad & Tobago. Gordon Henderson, the founder of Exile One, coined the term Cadence-lypso and defined it as a "synthesis of black, primarily West Indian rhythmic patterns."

In 2016, the first-ever 'Bouyon Day,' conceptualized by Val Cuffy was celebrated and now five years later forms part of the calendar of activities for Carnival and on May 27, 2021, Dominica celebrated for the first time, 'Calypso Day.'

Meanwhile, at the Seventh Meeting of the First Session of the Tenth Parliament on June 28, 2021, several new bills were tabled and approved to include, the International Business Companies (IBC) (Repeal) which seeks to repeal the IBC Act, Chapter 78:01; an Act to amend the Companies Act, Chapter 78:04; Automatic Exchange of Financial Account Information (Common Reporting Standard) Act, 2019 (No. 6of 2019) to be amended and the Dominica Hospitals Authority Bill which is one of five pieces of legislation which is expected to drive the reform and transformation of hospitals and health care services with a strategic focus on strengthening accountability within an accreditation framework.

Finally, in this week's recap, Health Minister, Dr. Irving McIntyre has announced that in the upcoming weeks, Dominica will sign a Memorandum of Understanding (MOU) with the World Pediatric programme where services will be given to less fortunate children on the island regarding surgical procedures.