A Review by Arundell Thomas 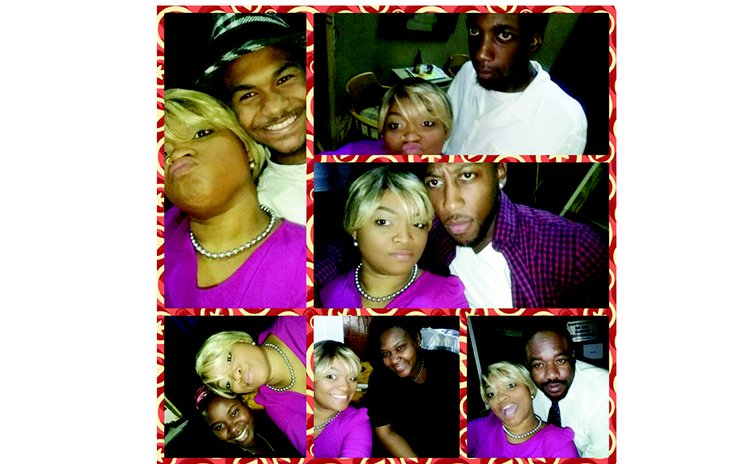 Gizelle Pierre-Toussaint's most recent production, "Woman: Memoirs of Scarlett Dubois," can be described as a tragic narrative deceptively rich in symbolism and imagery told through the eyes of protagonist Scarlett Dubois, (Jael Joseph) Chief Legal Advisor to the Prime Minister of a fictitious island Cayuna. The play which according to the writer takes place in the 70's/80's, employs flashback an efficient literary device to tell Scarlett's story from her death bed being interviewed by a journalist.

The events provide no shelter, no respite and no comfort as they candidly present the audience with the plotting, scamming and scheming of governance that is reckless and relentless in its unconscionable pursuit of power and wealth. That onslaught is ironically led by oligarch, socialite and lawyer Scarlett Dubois. The writer carves the plot and sub plots from the thematic timber of greed, lawlessness, jealousy, apathy and ignorance. Scarlett describes herself as a puppet master setting up and deposing leaders, directing cash transactions, corruption and nepotism with impunity. There is no evidence of law and order or other institutions of state. The island's President is a faceless ghostly voice without presence, lurking in the distance of backstage.

The audience encounters the untimely demise of two prime ministers under questionable circumstances. There is no hint of an investigation by the police, and absence of an advocacy for justice and truth from a palpably apathetic populace. The lack of outrage against glaring political abuse evokes the perception of a country and a people who have lost their souls and conscience. The affect in the accents of the lead actors as they rule Cayuna like their own little world making and breaking decrees, flirting with the emotions and sympathies of an indifferent population tells a troubling story. Theirs is not the language of the ordinary people who meet at Landon's Lounge to drink and flit through major national events with shallow conversation.

Woman and de facto Head of State, Scarlett Dubois is in full control without taking the risk of facing the electorate. She is the self-proclaimed millionaire who determines the rules for the shadow prime minister whom she dismisses as just a weak and spineless implant incapable of making independent decisions.

Gizelle directs her players well, guiding the narration in voices and body language that congeal the theme and subthemes into an intense drama. Garvin Clifford (Ezekiel Joseph) emerges as the voice of reason and nemesis of Scarlett. However, he seems ambivalent and hesitant in his quest for justice and good governance. He stands out, though, with a courageous address to his cabinet colleagues who appear indifferent, compromised and silent in response to the manifest injustice and corruption of the leadership.

When Helen's (Monelle Alexis) husband Prime Minister Potter drops dead at a party she is left alone and abandoned to her grief and pain at centre stage. The doctor is unsympathetic and cold and Helen expects no warmth from a jealous Scarlett. The others further contribute to what may be the point of the play by their peripheral presence. They exert no influence in shaping the destiny of Cayuna, a rudderless nation that has demolished goodness and justice.

In an attempt to mitigate the perils of deceitfulness Garvin contrives a replacement in the person of a retired and clearly tired and unenthusiastic alternative Landon Reynolds (Garvin LeBlanc), the proprietor of Landon's Lounge. His inaugural speech conveys the lack of passion for change and innovation in the people of this broken and devastated island.

Gizelle is frugal and creative in her use of the stage. The living room is Cabinet Room, Prime Minister's office, while the Lounge serves as ball room and other venues. The hospital occupies centre stage, a fitting metaphor for a sick and dying nation.

I was again disappointed in the poor infrastructure of the Arawak House of Culture. The lighting and the audio systems were defective and stole from the presentation with the dim shadows on stage and the disturbing feedback from the microphones. The blackouts were not black enough, and the inadequacy of the stage limited the director's ability to produce a better quality work. There is no excuse for such national neglect in 2016.

Notwithstanding its shortcomings, "Woman: The Memoirs of Scarlett Dubois" is a powerful play that confronts the audience with penetrating questions such as: Where is this island Cayuna? Who are these apathetic people with no interest in the governance of their country? Who are these lawyers, oligarchs, selfish, corrupt and greedy leaders grabbing power at all and any cost to amass wealth for themselves while the rest of the population languishes in poverty and ignorance? Who could be this weak and insipid puppet Prime Minister controlled by a Chief Legal Advisor? Gizelle is clear however that the play is a fiction set in the 70's and 80's. Think!

Perhaps Gizelle, unassuming, innocent, young, bold and courageous is daring the audience to take that introspective look for the answers. This is drama worthy of viewing with eyes wide open by all Dominicans at this time.