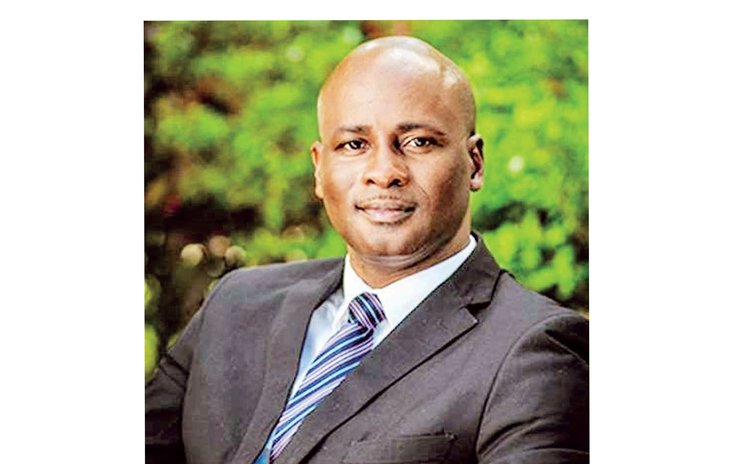 It would appear that any attempts by the United Workers Party (UWP) to appeal high court judge Raulston Glasgow's decisions in the opposition party's election petitions is doomed from the start.

An attorney with no interest in the case has told The Sun that under section 104 of the constitution the UWP does not have a right of appeal.

The UWP has not ruled out an appeal, with general secretary Nicholas George telling The Sun, a final decision would be made after hearing from their lawyers.

"Yes, the United Workers Party is exploring appealing the judge's decision, but that would be on the advice of the attorneys," George said, while stressing that different attorneys interpret the law differently.

"I would expect that the attorneys doing the research, if the research finds that in the law we do not have a right of appeal there probably would not be any appeal," he said.

The attorney argues that in an election petition, applications that are made before the matter goes to trial – such as the ones brought by the government's lawyers to strike the UWP's petitions - are considered interlocutory, meaning a ruling is made before the actual petition is heard. Once the judge rules, the decision is final, leaving the UWP with no other option, this attorney said.

"I don't see a way around this one. If they appeal, then the government will simply argue that they [UWP] don't have a right of appeal. They may argue that this is a final decision because it disposes of the matter but I don't see them getting through it."

In asking the court to nullify the December 2019 election results in St. Joseph, Mahaut, Morne Jaune, La Plaine, Castle Bruce, Salybia, Roseau Valley, Roseau Central, Roseau South and Wesley constituencies, the UWP cited in its January 2020 petitions, several reasons, including fraud, treating, bribery, irregularities committed by electoral officials on polling day, and the use of monies obtained corruptly under the citizenship by investment (CBI) scheme and through the proceeds of crime to finance the Dominica Labour Party's campaign. The opposition party also argued that Melissa Skerrit, the prime minister's wife who contested and won in Roseau Central, was disqualified to stand as a candidate because she has obtained a Canadian passport. The party asked the court to declare its candidates in each of the constituencies under question as the duly elected representatives.

The government's lawyers asked the court to strike out the petitions on several grounds, at the top of which that they failed to disclose a course of action and constitute an abuse of the process of the court.

In his 124 pages of constant repetition, Glasgow ruled that the UWP failed to provide evidence to back its claims, and, in any event, the grievances listed would not have changed the election results.

"It is not simply the assertion that an election offence has been committed [but] whether and how the alleged infraction affected the results or render the same undue or unsafe or a sham or travesty or any of the multitudes of descriptions or outcomes that would impel a court to set aside an election result," the judge wrote.

On the Melissa Skerrit issue, he ruled the opposition had not provided the required evidence to prove the principle of foreign law that would disqualify her.

"It cannot be seriously disputed that the petitioners' assertion that Mrs. Skerrit is under an acknowledgement of allegiance, obedience and adherence to the state of Canada alludes to foreign law," Glasgow wrote.

However, while agreeing that the UWP probably does not have a right of appeal, a regional lawyer who also has no interest in the case told The Sun the judge went too far, at least on some of the petitions.

"In a strike out, does the court have to go so far, because that is like a trial of the issues," the regional attorney said. "In effect what the judge was doing was saying that 'in order for me to allow this to go forth I need to see evidence from which these people can be found to be guilty'. And I don't think that is the standard of weighing strike out."

This lawyer argued that Glasgow appeared to have dealt with the motion to strike as though it were a petition for a summary judgment, which is normally linked to cases when either party believes there are no important facts in dispute.

On the proceeds of crime issue, this attorney made reference to the controversy surrounding last year's budget and the contention of UWP leader, Lennox Linton, that $1.2 billion had gone missing from the CBI funds. The prime minister, in an interview on Kairi FM radio on 8 August last year revealed a new component of the programme – a housing option – to which he said most of the CBI funds during the period in question had been reallocated.

This, the regional attorney argued, constituted a crime because since there was no law providing for the diversion of the funds, this action violated the constitution which states that all accumulated monies must be placed in the consolidated funds.
"So yes, he puts it into a housing fund that was illegal, so that was criminal property. Now, that is fit for trial," the lawyer asserted.