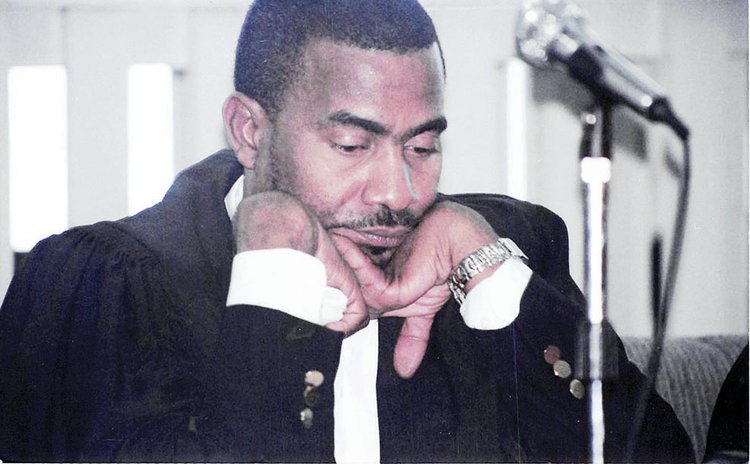 With mischief shining in his eyes, Michael "Mikey" Emmanuel Bruney regularly delighted his fellow lawyers with jokes and impersonation of characters in Dominican society. But when law-talk started he became dead serious.

"He was a reliable source of humour to all," said the Dominica Bar Association (DBA) in a statement on Bruney's death last week.

His death shocked the legal fraternity already reeling from losses, due to cancer, of Sandra Julien just recently and Kevin Williams about five months ago.

And the tributes to Mikey Bruney poured in from all corners of the world all of last week.

"Mikey was a personal friend and also a staunch advocate of the Caribbean Court of Justice (CCJ)," wrote CCJ president Adrian Saunders in a letter to DBA president Heather Felix –Evans. "Mikey appeared before me on several occasions as an Attorney-at-law while I was a judge of the Eastern Caribbean Supreme Court. He also appeared before the CCJ last year in the case of George v Guye, a very important case on the impact of the Title by Registration Act on adverse possession and the relationship between that Act and the Real Property Limitation Act. I was always impressed by his submissions which were crisp, analytical, incisive".

Mikey Bruney was a lawyer for 32 years having been called to the Dominica Bar in October 1988. During his career he performed the duties of Registrar General and Provost Marshall, State Attorney and Magistrate.

"As a legal practitioner, Mikey was sound in his knowledge and analysis of the law," wrote the DBA. "He represented his clients with competence, diligence, integrity, passion and decorum and generally took a very practical approach to resolving issues in dispute".

Bruney's life as a dramatist include a stint with Alwin Bully's "People's Action Theatre". He was the major scrip-writer for "Green Gold", the popular radio play of the Eighties.

Before he became a lawyer, Mikey Bruney was an employee of the Dominica Broadcasting Corporation (DBS radio) and throughout his period as a lawyer he volunteered his "voice", a delightfully deep, gravelly baritone, especially during disasters and major national events.

"His analytical mind was extra-ordinary," said Peter Richards, the news editor at the Caribbean Media Corporation (CMC) who worked at DBS with Bruney in the Eighties. "His journey on earth has ended".