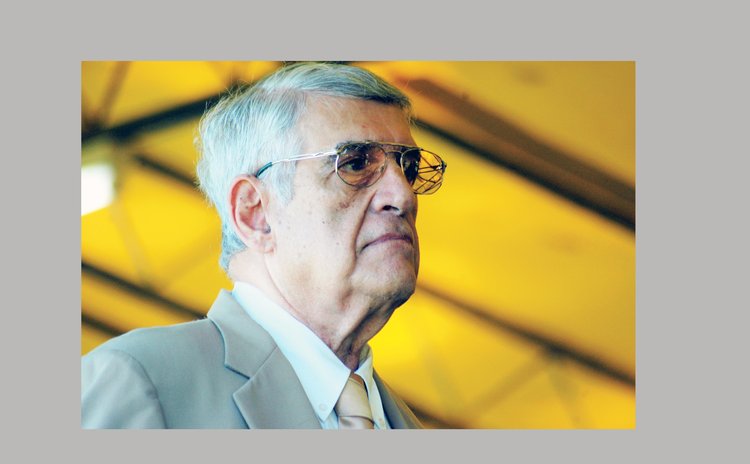 When asked to describe his lifelong friend, and business colleague the late Louis Gabriel, Gerry Aird, the managing director of H.H.V Whitchurch & Co. Ltd, wasted no time in stating that outside of being a gentleman and a very astute businessman, one of his many admirable traits was his generosity and honesty.

"He was one of the kindest persons that you would ever meet," an emotional Aird told the Sun. "He was the kind of person who always thought of those less fortunate in society and ensured that he did a lot to assist people, including students and other businessmen to get ahead in life."

On May 14, 2022, Dominica lost a pioneer businessman, who passed away at the Dominica China Friendship Hospital (DCFH).

Mr Gabriel as he was known to many was the managing director of Josephine Gabriel & Co one of Dominica's longest-serving businesses.

According to Aird, Gabriel who was a devout Catholic in his early years married the love of his life, Celia Gabriel and together they bore one child Marisa Gabriel- Simelda.

"He was truly a great individual and one who will be missed by everyone who he came in contact with," Aird said.

Similar remarks were also expressed by businessman Foued Issa who says his lasting memory of his personal friend will always be his humanity to his fellow men and women.

Issa described Gabriel who in 2006 was awarded the Sisserou Award of Honour (SAH) by the Government of Dominica as one who was dedicated to Dominica and everyone else in the country.

"He was a true Dominican who tried his very best to develop his company to very prominent status," the proprietor of Issa Trading Limited told the Sun.

When asked what he'll miss the most about the businessman, he responded: "his very pleasant demeanour; his humour and his honesty. There are very few people who can boast of the honesty which Louis was blessed with. If he told you something, then you could depend on it and if you needed his assistance you could depend on him."

Historian Dr. Lennox Honyhurch told The Sun that Gabriel inherited the company from his mother Josephine Gabriel, hence the reason it bears that name.

He further disclosed that the company which was founded in 1959 first started in Mrs. Gabriel's yard on the corner of King George V street, then moved to Valley Road where they were for many years, and then to their current location in Fond Cole, opposite the Woodbridge Bay Port.

According to Dr. Honychurch, Gabriel's daughter in recent times has been at the forefront of the business, which her grandmother started over 60 years ago.