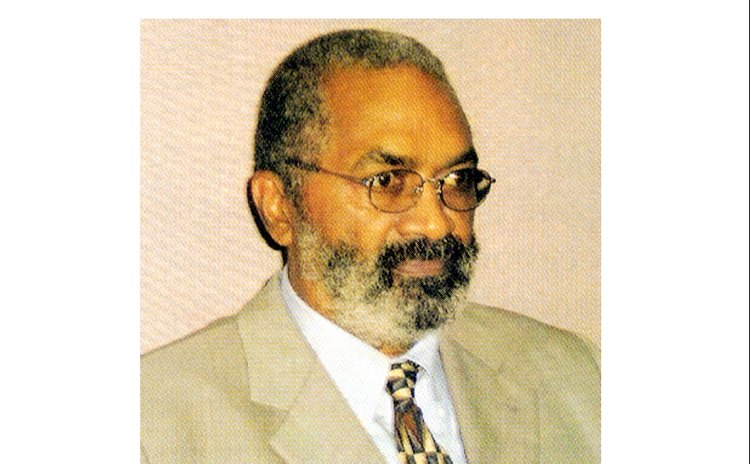 "He would have given you the shirt off his back, or even his last dollar, Norman Rolle did not deserve to die that way," an employee of the late businessman told THE SUN.

On the morning of October 30, 2021, the news broke of a deadly attack on local businessman Norman Rolle at home.

According to information from the police, the 86- year-old proprietor of Valley Engineering was found in the bushes on his property in Sylvania about 11:30 p.m. on October 29, 2021.

Assistant Superintendent of Police, George Theophile further reported that there were multiple wounds to the deceased's head and face, and a puncture wound to his neck was also observed. Rolle was pronounced dead on the scene by a medical practitioner.

Just days later, November 1, 2021, a 21-year-old Castle Bruce man appeared before Chief Magistrate Candia Carette-George where a charge of murder was read to him.

Ronaldo Wiltshire who was unrepresented during his brief appearance at court was not required to enter a plea since murder is an indictable offense – expected to be tried at the High Court before a judge and jury.

At the hearing, Magistrate Carette-George stated that bail was closed and would not be considered due to the public's interest in the matter.

The case was adjourned to March 18, 2022, for preliminary inquiry (PI) to determine if there is enough evidence for the matter to be tried at the High Court.

Nephew of the deceased, William Rolle, who was present in court along with the family's attorney Kathy Buffong Royer, stated after the hearing that while the family is extremely saddened by the "horrific and senseless act of violence" against Rolle, they are pleased with the police investigation and those who have assisted.

"The loss is real and we are still coming to grips with the tragedy. Our family continues to be steadfast in our love for country and people. We are sure that with time and the grace of God, we shall recover from this ordeal, " Rolle said.

William said the family is hopeful that Norman Rolle's passing at a time of national observance, will cause citizens to "pause and reflect on who we are as brothers and sisters and on the community that we wish to create."

An employee at Valley Engineering who spoke to The Sun had fond memories of his former employer.

"Mr. Rolle was a real honest man who worked very hard for what he had. He was down to earth and would assist anybody who needed help so I can honestly say that was a senseless murder. He really didn't deserve to die in this manner," the employee said.

Minister of National Security and Home Affairs, Rayburn Blackmore also added his voice to the public condemnation of the brutal murder of the prominent businessman.

According to him, the Commonwealth of Dominica Police Force has proven in the past to be second to none in the region, and, therefore, "I am very confident that the police will prosecute the culprit or culprits responsible for this terrible and very vicious act."

The Dominica Association of Industry and Commerce (DAIC), of which Rolle was a founding Director of the Chamber and served as its longest-standing member also condemned his attack and called for swift justice.

"Mr. Rolle is remembered as a stalwart of Dominica's business community and for his consistent support and communication with the Chamber over the years. He is celebrated as a mentor and guide for other businessmen and women, offering advice and insight into enhancing the private sector. He also supported the Chamber in budget consultations and always provided feedback which supported the advocacy of the Chamber."

President of the Dominica Council on Ageing (DCOA), Ophelia Olivaccé-Marie also expressed her sadness over the alleged murder of Rolle and called for an end to violence against seniors.

She said Rolle was a friend of the DCOA and supported whatever activity the organization organised.

"The Dominica Council on Ageing stops and pauses to indicate that it completely condemns the brutal murder of Mr. Norman Rolle," Olivaccé-Marie said. "We are saddened, not because of him but also because of the kind of violence against older persons."

The DCOA President believes that a shift in attitude towards older people has to happen.

"People have to respect those older persons and think not only twice, but three times before they think it's ok to mete out that level of punishment for no reason on older persons," Marie said.

She continued, "I mean if we think about it, the man's age and what he has had to endure before he died, this is really a lot and all our seniors join me in saying something has to be done and punishment should be in line with the crimes committed."