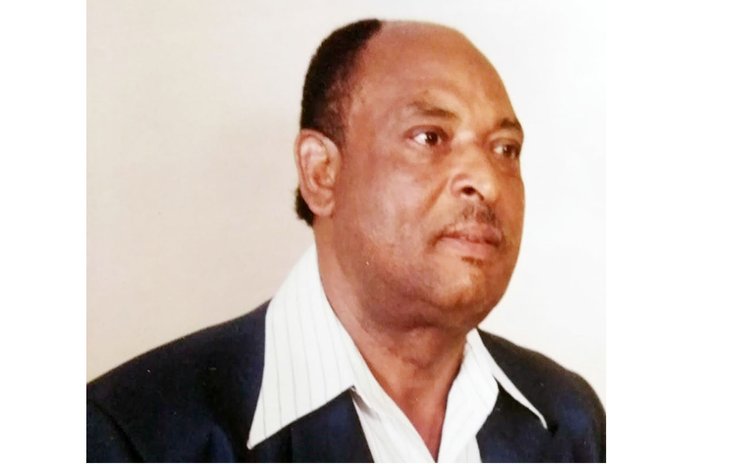 My father Francis Xavier Severin was born in La Plaine on December 8th 1934, to Felton and Agnes Severin. He was the last of six children. Raised in La Plaine, he relocated to Roseau where he remained until his death. He was very close to his family and he cared for his parents until their deaths. He also took care of siblings. He fathered five children.

He lived an active life as an educator, agriculturalist, youth skills training instructor, trade unionist and cricketer. He was a devout Roman Catholic.

Dad was an employee of the Ministry of Education from 1952 until his retirement in 1994. He served as a teacher and principal at many institutions. He began his teaching career at the La Plaine Primary School in 1952 and remained there for three years. He was then transferred to the Delices Government School where he taught from 1955 to 1957. There he received three years on-the-job training including one year of institutional teacher training. He also acted as Head Teacher at the Soufriere and Wesley Primary Schools for a brief period.

My dad began pursuing studies in agriculture and Agricultural Education from 1960 when he attended the University of Puerto Rico. Agriculture would become his passion. Although his lecturers would have liked him to stay, at the end of his programme he returned to Dominica to begin preparations for agricultural programme at the Dominica Grammar School's Technical Wing. On arrival at that institution, he realized that machinery which had been donated to the school by the US needed to be cleaned and assembled, so he together with the US consultants ensured that the machines were ready for the beginning of instructions. His was initially asked to do a two-year stint at that institution, teaching Basic Agriculture; however, he remained there for 8 years.

In 1964, he obtained a scholarship under the Commonwealth Teacher Training Bursary Scheme to pursue a course of studies in Science for Rural Areas at the University of Reading in England. There he covered areas in Youth Skills Training, The Production of Teaching Aids and Astronomy. On completion of his studies, he returned to the Technical Wing (Dominica Grammar School) where he, together with his students, cultivated and sold bananas, limes and other crops. This was in part to prepare students to take the UK examinations.

His quest for knowledge then led him to the "Instituto Nacional de Cooperacion Educativa (INCE) and La Escuela de Entrenamiento in Venezuela, where he pursued studies in Training of Instructors in Agricultural Education and Agricultural Machinery, respectively. His practical studies during that time were fascinating to him and he often spoke of visiting livestock farms and learning how to administer medication to animals; and of farms were the whole process from cultivation to harvest was automated.

Although he was the only English-speaking student there, he learnt Spanish so well that he could help his fellow classmates with translations. This and his penchant for learning endeared him to everyone. He would fondly boast of being "treated like royalty by the staff".

He also received training in various aspects of agriculture in various countries, including the US.

Working with Youth and Teacher Trainees

My dad had a passion for working with youth, and armed with his learning in Youth Skills Training, he travelled the islands, from St. Kitts to Trinidad instructing teachers on how to impart skills to Caribbean youth. On his return to Dominica, he understudied UNESCO consultants on Vocational Instructing and used this learning to help establish the Junior Secondary Programme in Dominica. He was seconded to the Youth Division to work as Instructor Trainer/Task Analyst in a Non-formal Youth Skills Training Project and busied himself creating 100 different training modules for the program. The programme was tremendously successful and continued for several years. He fondly remembers UWI representative and coordinator for their open gratitude to him. In 1992 he was appointed to serve as a member of the National Technical Vocational Education and Training Board.

He served in the capacity of Supervisor of the Technical Wing at the Dominica Grammar School and also worked at the Clifton Dupigny Technical College (Technical Division) as Senior Instructor in 1974 and as Deputy Principal in 1977. He was then promoted to Director at the College and held that position for 4 years. In addition, he taught agriculture to teachers all over the island who had completed training at the Teacher's Training College. In this practical course he proudly used his garden in Elmshall for demonstrations, allowing the use of his property as an extension to what the College owned. The students would transport tools from the Dominica Grammar School to the Administrator's land using wheelbarrows and they would be teased by the Convent High School girls!

Eventually, a piece of land was identified at Morne Bruce near the Cross where tree crops were planted and people in the neighbourhood would sell the produce overseas. At another location (currently occupied by Alliance Francaise) vegetables were planted. My dad often recalled with pride, training young agriculture students in budding and grafting, secretly hoping those days would come back. Students under his tutelage who sat the External Agriculture Exam usually performed very well.

He so enjoyed being an educator that he later came out of retirement to assist Clifton Dupigny Technical College as principal for one year. He also continued to serve on several boards, committees and tribunals until 2015.

Other noteworthy experiences are:

Sportsman - Dad was a man of many talents and as a teacher at the Dominica Grammar School, he was part of the staff cricket team as a spin bowler.

Spanish teacher - Dad stepped in to assist the Convent High School in preparing students for conversational Spanish exams, by taking the reins of the Spanish club. At the time, the course had been discontinued, but soon after he got involved, a number of students from other secondary schools in the Roseau area enrolled, giving it new life. (As an aside, he was also proud of having provided the Convent garden with hybrid roses.)

Trade unionist – Dad was an active member of the Dominica Civil Service Association and served as Vice President for a number of years. He was also internationally credentialed in trade unionism and industrial relations and contributed throughout the Caribbean.

My dad was a devout Roman Catholic who never wanted to miss a Sunday mass. He was a lector at many of the Sunday masses at Our Lady of Fair Haven Cathedral. At one time, he served as a member and president of the St Vincent de Paul Society. From its inception, he worked alongside Sister Madeleine in a project to feed the homeless in Roseau and continued for several years, providing the patrons with a warm meal three days a week. He continued to serve the Society even after Sister Madeleine departed Dominica and well until the years when he felt he was too "aged" to continue. After that he continued to support the Society in whatever way he could.

How he will be remembered by family

Francis Xavier Severin will be remembered by his family for his love of the soil. He cultivated and harvested crops in La Plaine until Hurricane Maria struck in 2017. And up until his death, he could be seen in his front or back garden planting, weeding, fertilizing, composting and harvesting. He grew a variety of tree crops and flowers.

I owe my love of gardening to him. I learned a lot, as did other family members and relatives. He believed in growing what he ate and eating what he grew. He enjoyed preparing food from his garden.

He will also be remembered for living a full, eventful, independent and enjoyable life. He loved the beach, exercise, visiting family and friends. He was an excellent cook and an expert at making fruit drinks – different blends, flavours and textures that were interesting, delicious and refreshing.

Dad will also be fondly remembered by all who came into contact with him, especially his children, siblings and very close friends. My uncle described him as being loving, kind, generous, one in a million, patient, respectful; an excellent advisor, a good cook, the best porridge and drink-maker – all sentiments shared by many family members. He will also be remembered as being thoughtful, intellectual, intelligent, humorous, handsome, humble and modest. When singled out for recognition, his response was always, "I do not need recognition. I did what I had to do. My reward is in Heaven."