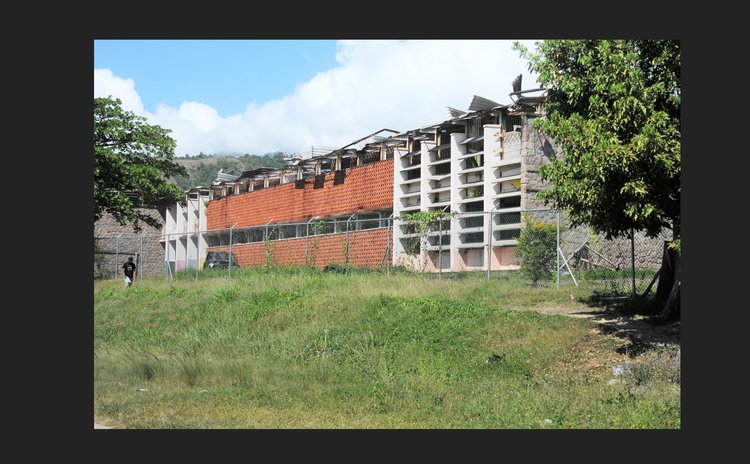 Herbert Sabaroche, a former minister of education under the Dominica Freedom Party (DFP) administration believes that if he was still in Dominica, he'd probably get himself into a lot of trouble.

This is because, Sabaroache says, he would not sit by and watch as the present administration continues to ignore the Goodwill Secondary School (GSS) which remains in the same depilated condition since the passage of Hurricane Maria in 2017.

The secondary school located in Potterville, near the E.O. LeBlanc highway which accommodated students from Fond Cole, Gutter, Yam Piece, Tarish Pit, Stockfarm, Bellevue Rawle, Lower Goodwill, Pottersville and other student dropouts from across the island has since been forced to operate under a shift system with the Dominica Grammar School (DGS) for over 50 months.

"You see that idea of the Dominica Grammar School and Goodwill Secondary school sharing the same building it will not work. The Government need to do something about that asap. I am a janitor at the school and also a parent to two children attending the DGS. I am concerned about the children; parents need to take a stand right now for their children's safety and their health," Facebook user Tina Beniot wrote.

"Having two schools in one building in a time like this is a disaster waiting to happen. The janitors don't have enough time to clean and sanitize the classes for the children. DGS ends at 12:30 and the GSS starts at 12:45 what time do the janitors have to get the place well clean and sanitize for the children smh…We are in a middle of a pandemic crisis and am seeing this will get bad for the children and the teachers we need to do something about that parents. Our children depend on us to keep them safe. Prime Minister Skerrit we need you to do something about that," she added.

The government has made countless promises to repair the school, dating all way back to 2016, when then education minister Petter Saint Jean announced during a principal's meeting held at the Public Service Union (PSU) building that the government will commence work on the designs for a new GSS in the new financial year.

To date. nothing has been done.

Therefore, it's no surprise that parliamentary representative of the Roseau North Constituency, Danny Lugay, is in no rush to hold their breath as now education minister Octavia Alfred makes another promise that the GSS will be one of six learning facilities across the island to be reconstructed by the People's Republic of China (PRC).

"That issue has been an outstanding issue for a very long time. Because before the occurrence of Hurricane Maria, I sat with the administration of the school and PS in education was present where a plan was presented for the rebuilding of that school. We are talking about more than five years ago, and nothing is being done," he told the Sun.

Lugay believes that his constituency is being politically victimized for not supporting the present administration and they're being "taken for granted."

He and Sabaroche share the view that it's now time for the people of the Roseau North constituency to stand up and take action and demand that more is done on their behalf.

Many have expressed anger that priority was given to the Mahaut Primary School and now the Dominica Grammar School, while the learning institution which catered for one of the largest constituencies continues to be ignored.

"I'm not saying that Mahaut and the DGS aren't deserving of a new school; all the schools on the island need to be upgraded, but before fixing the Mahaut school which doesn't have the size which GSS has, they should have placed our school first. And doesn't it make more sense to have Goodwill Secondary completed before doing this new construction for Grammar School? It's time the authorities start using their brains," Miss Lugay, an angry parent told the Sun.

When contacted, school administrators declined to comment on the matter; however, a teacher who spoke to the Sun, said that the students of the GSS have been at a setback for the past five years as they've had to operate under reduced hours.

Marlon Moreau says: "My alma mater feels like its sleeping on someone's couch, and it's time to do something about this."