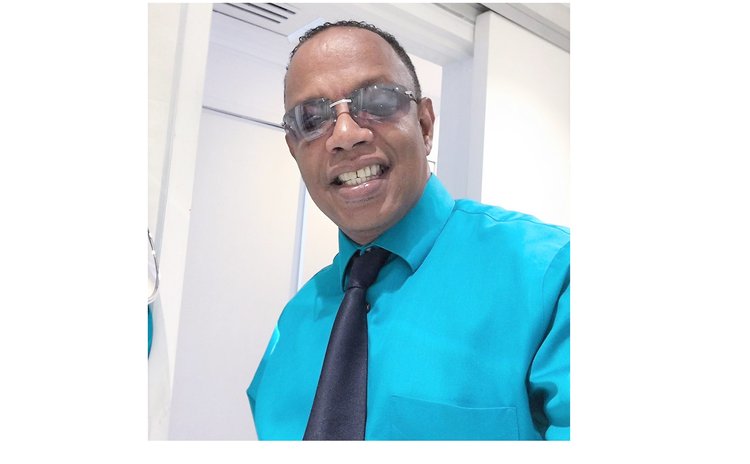 REDERICK DESCHAMPS played in Goodwill basketball with Clouds II, then Clouds I

Part I of the article presented on schools in Goodwill participating in the Sports Division Schools League and began presenting on Goodwill's teams in the national basketball league. The article continues below.

Goodwill Teams in National Basketball League: (Northern Pacers, CTN): It may be of interest to note a write-up in The New Chronicle of 10th July 1987, about a Northern Pacers league match: "With three minutes four seconds play remaining, manager/player of Northern Pacers Val Cuffy called his team off the court in their match versus Dominica Grammar School because of their poor showing." Unfortunately, no scores of that aborted encounter were provided by the press.

The year 1987 had seen three Goodwill teams on the court with another rookie team, Stormers, making their entry in the national league, but playing in Division III. Stormers' lineup included Kurt Winston, Clem Roberts, Ian Williams, Franklyn Belle, Alfred Reid and others, and their rookie year saw them playing against three other men's teams, viz. Sharpers, Hoyas, Windsor Reefs, as well as a women's team in the person of Pioneers.

1989 initially looked good for Stormers, but then disaster struck! Playing seven other teams, and with a 6-1 Win-Loss record, the Goodwill lads were unfortunately suspended from the league towards the end of the latter.

However, Stormers dusted off and regrouped in 1990 and went on to add another piece of silverware to Goodwill's small but growing collection of championship trophies to that point – the Division III Knockout Championship, before temporarily bowing out of existence. This they did by defeating Sunicks 66-60, with their Vernon Dechausay sinking 19 points, A. Scotland 13 and Dave James 10 in the championship match.

Stormers played in the 2nd Level Men's Division in 2004, with Vernon Dechausay, Tony St. Jean, Vincent Riviere, Kurt Joseph and others leading the scoring. They were defeated by Clouds II 59-73.

The Clouds Era: Sometime in the 1980s, the team name Clouds became synonymous with Goodwill basketball, and that name would remain on DABA's game rosters almost continuously for about two and a half decades, until 2009.

Clouds had teams playing in two Divisions (Senior & Intermediates) simultaneously for at least eight (8) seasons, from 1988 through 1995.

The Clouds era in local basketball prompted Jump Ball's author to publish the following in an article 'Basketball In Windsor Park', Jump Ball, January 2017: "One cannot forget the noisy nights at Windsor Park, when the referees in a basketball match sometimes could not even hear the blast of their own Fox-40 whistles due to the noise, from the banging on the "galvanise" by fans of the competing teams in the National League. Or the nerve-wracking, clanging sound of the pulleys at the top of the flag-poles which were being vigorously shaken by fans supporting their top Division I team?

"Or, if a patron got to the park too late, then he/she would have to rely on the elevated score-board, as they would not have gotten a seat and may be standing 5-10 deep from the fence." Many former Clouds players and fans will certainly remember those nights as it can be said that without a doubt, Clouds I had brought some new excitement to DABA league basketball.

However, resetting the game clock to 1985 basketball fans saw the emergence of Goodwill's first cumulus clouds over the horizon, and these were Baron's Enterprises CLOUDS. The team competed in Division II (Intermediates) and featured players such as Albert Bannis, Franklyn Belle, Roderick Deschamps, Tony George and others.

That year Clouds' (II) Egbert Charles in a match-winning performance burnt 7 three-pointers (from 8 attempts) to steer Clouds to an important 70-69 victory over J.K. Eagles. They also handed out 5 blow-outs (wins of 20 or more points) to opponents, and possibly placed 2nd in the 1985 league.