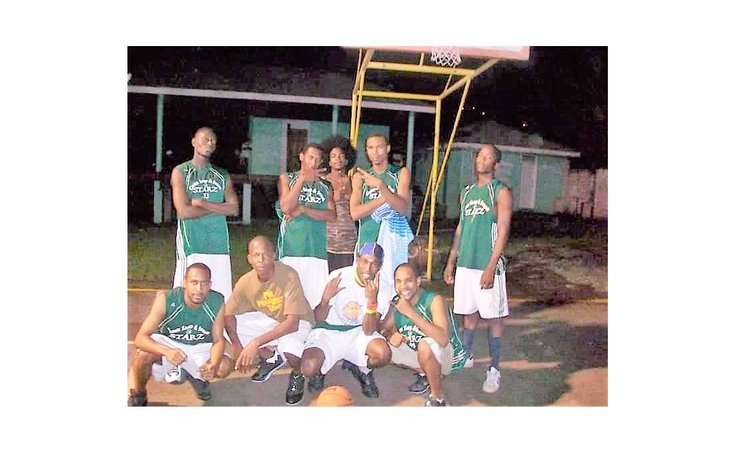 Part III of the article completed the presentation on the "Clouds Era" and began presenting on Starz (a.k.a. Goodwill Starz). The article continues below.

The following is excerpted from DABA's 2013 Season Report for interest: "MIRROR MATCHES - There were two very interesting coincidences with two of the games involving Falcons and Goodwill Starz during the 2013 Division I Play-Offs. In successive games of these teams, played first at Goodwill (23/8/13) and then at Grand Bay (25/8/13), the final scores were IDENTICAL (73-69)! Secondly, these two games ended in almost identical manner. In the game at Lindo Park, Falcons' last 5 points and Goodwill Starz's last 4 points came 'from the line'. In their encounter at Grand Bay, Falcons again scored their last 5 pts from free-throws and Goodwill's last 3 pts were from the line!"

Goodwill Starz remained active until 2014 when they played in the 2nd level division. That season they burnt 20 Free-throws in a match vs Gators.

OTHER 'SHORT-STINT' GOODWILL TEAMS: It was mentioned earlier that Northern Pacers had spent only a single season running the court.

WHEN GOODWILL BASKETBALL RAINED: Apart from Roseau there are few basketball centres in Dominica which had more than two teams competing in the DABA league in any one season. Goodwill, however hoisted their flag very high, having fielded three teams in the national league during 7 seasons. These were as follows:

CHAMPIONSHIP & AWARDS COLLECTION: Over the three decades of Goodwill's teams collectively participating in the National and Schools Leagues, those teams brought home ball-o-rama, league and knockout championships; took accolades such as leading Offensive Team in Division I, Top free-throw shooting team in Division II, etc. as well as individual awards and honours. So, let's take a peek at that collection.