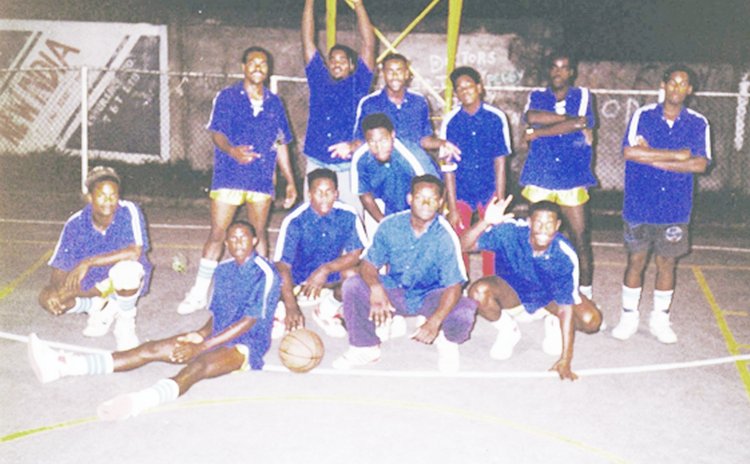 They later defeated Dominica Grammar School (DGS) 2-0 in the Division II Play-offs to capture the first basketball championship by a Goodwill team, and subsequently knocked DGS out of the Knockout competition by a 72-43 blowout.

Clouds (Intermediates) continued playing in the national league into the 2000s, picking up back-to-back league championships in 2003 and 2004 (See Part IV, Section on Championships & Awards).

CLOUDS (I) burst on the scene in Reunion Year 1988, featuring some of their previous founding Intermediate Division players. They emerged a reasonable 4th from 9 teams in the 1988 League with a 5-3 Win-Loss record, amassing 652 points and conceding 600. They also proved to be the Most Offensive Team, averaging 81.5 Pts per game in the League. That year, Albert Bannis topped the scoring in Division I with 171 Pts, while Irving Magloire placed 4th, with 143 Pts and William Graham 6th, netting 139 Pts.

In their formative years, Clouds' management fell under the directorship and watchful eyes of Kervin "Stinky" Stephenson and Hilary "Tilly" Thomas.

1989 was not a good year for Clouds Senior, having slipped to 6th place from 7 teams in the final standings, and also ending at 6th in the offence ranking. However, Ian Blanchard was the 5th highest aggregate scorer with 104 Pts.

While Clouds I performed below par in some years, overall, they played reasonably well and managed to cause upsets, even chalking up a few triple-digit scores and blowouts.

Interestingly when Clouds I defeated the boys from Massacre (Blazers) in 1995, former Blazers star player Donnie Robinson spearheaded Clouds' attack then with 21 points, with William Graham contributing 15 Pts to the victory.

Clouds I spent their final (?) season on the court in the 2009 Premier Division League, fielding players such as Keiron Charles, Kelsey Guye, Ricky Toussaint, veterans Derek 'Didi' Alexander and Irving "Coxy" Magloire - Clouds longest-serving player, and others, before dissipating.

In 2013 Goodwill Starz captured the Wilmoth LeBlanc Basketball Classic (Division I) in the Season Opener, and during that year's league, they hit the Most 3-Pointers by a team in a Game - 12 long ones, and amassed 38 'from down town' (3-Pointers) in that year's league competition.