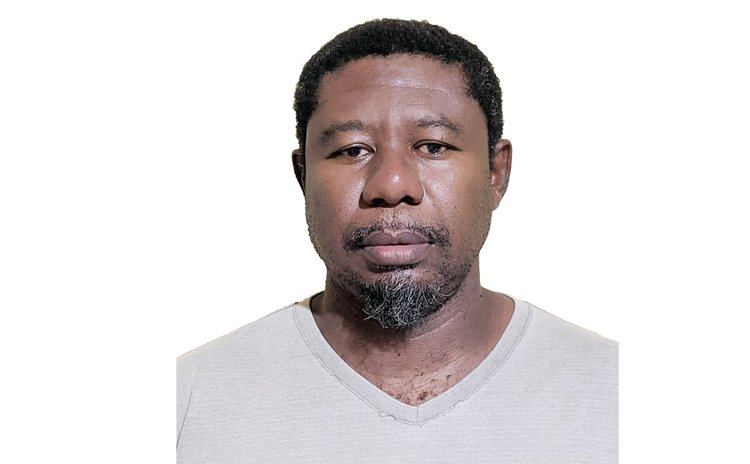 Part IV of the article completed the presentation on Starz and presented on other 'short-stint' teams; team longevity; 'when Goodwill basketball rained'; and Goodwill's basketball championships & awards. The article continues below.

PLAYERS FROM GOODWILL TEAMS REPRESENTING DOMINICA Clouds I produced a few players who represented Dominica with distinction on the Senior National Basketball Team.

Additionally, Kelsey Guye and Kanrawn David of Goodwill Starz played on Dominica's Under-23 Team which co-represented Dominica in the 2nd Sugar-Creole Basketball Tournament which was played at Goodwill in 2012.

Firstly, Valentine "Young Bull" Cuffy of Northern Pacers served as President of the Dominica Amateur Basketball Association (DABA) for a full term (1988-1990), and subsequently from 1997 to 1998 but resigned and did not complete that second term.

Vincent "Sam" Riviere, who played with Clouds Senior, Clouds Intermediate and Stormers II became a senior referee in the Dominica Basketball Officials Association (DBOA). Sam also served as Vice-President of DBOA, and then as President of that Association for the 1996-1998 term of office.

A number of other Goodwill players also served on the executive of the Clouds Sports Club.

OTHER REFEREES FROM GOODWILL OFFICIATING IN NATIONAL LEAGUE: Apart from Vincent Riviere, Ywaine Magloire from Goodwill also officiated in the national basketball league. He too, was a member of DBOA.

COACHES EGGIE & RODDIE: Egbert Charles (Saints, Clouds Intermediates, Clouds Senior) later directed his energies towards coaching. He first coached a Dominica Representative Team which participated in a friendly tournament in Bequia, Grenadines. Later, he directed the Dominica Under-23 Team in the 2nd edition of the Sugar-Creole Basketball Festival.

Roderick Deschamps (Clouds II, Clouds I) also held the clipboard, as player/coach with Auto Trade Pistons from Canefield, directing them to capture a League championship in 2007.

GOODWILL OFF-SEASON BASKETBALL LEAGUE: Goodwill held an Off-Season Basketball League (organised by Maggie & Co) on the Lindo Park hardcourt in 2011, with over 8 teams participating. The competition was won by Maggnificos, who defeated Goodwill Starz in the finals. The other play-off teams were Canefield Tigers, Cross-Over, DOMLEC, Falcons, Hurricanes and Police.

HOSTING OF NATIONAL LEAGUE, TOURNAMENT & SCHOOL LEAGUE GAMES: From 2003 the Lindo Park Basketball Court became the main venue where national basketball league games were played. And, although the grounds are short of seating accommodation, some games did attract a reasonable, enthusiastic and partisan crowd.

Importantly, the 2nd Edition of the Sugar-Creole Basketball Festival was run off on that court in 2012.

The Festival included the national or representative teams of St. Kitts & Nevis and Martinique, and Dominica's Senior National and Under-23 Teams.

In addition, the court has also been used for the playing of matches in the Sports Division Secondary "Schools" Leagues.

GOODWILL TEAM PLAYER ON ATHLETIC SCHOLARSHIP: In 1997 Clouds (senior) and national player Jeffrey Joseph left the State in order to pursue studies and play at the University of Maine at Presque Isle on an athletic scholarship. It was reported that he was set to become "one of the finest rebounders" in the 1997-98 season for the University of Maine.

Jeffrey is an alumnus of the Dominica Community High School (DCHS) and played basketball for his school in the first-ever Sports Division-DABA Schools Basketball League, in 1987. That year, in a DABA Division II League match, he sank a massive 51 points for DCHS, versus College 'B', but in a 69-72 losing effort.

Also, Jeffrey first represented The Nature Isle in basketball as a member of Dominica's "Inter-Schools" Team at the 1987 Windward Islands Inter-Schools Games, when the sport was first introduced as one of the Games' disciplines.

CLOUDS' FUND-RAISERS: The Clouds Basketball Club in mid-December 1990 held a fund-raising event dubbed CLOUDS PRE-CHRISTMAS FAIR. This event was held at the Lindo Park, in collaboration with the local firm of H.H.V. Whitchurch & Co., agents for Carlsberg Beer.

The Club also brought to Dominica the popular "Coney Island" for another visit, and this inspired the WCK Band to produce the popular bouyon number, Coney Island.