Gordon Henderson: "I am disappointed!" 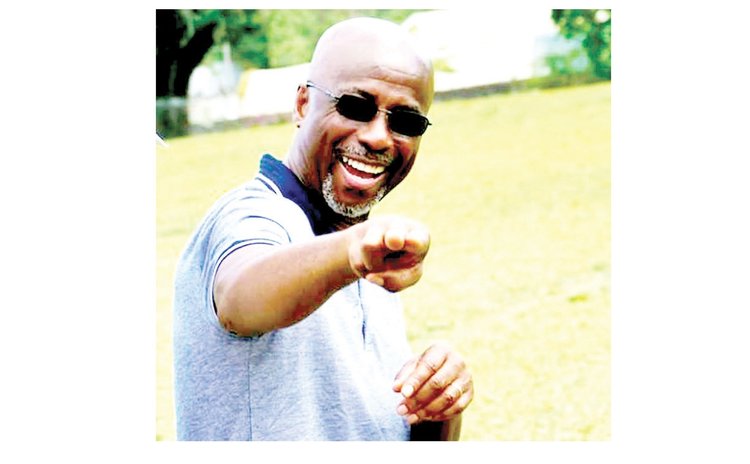 Maybe he laboured in vain, after all. Maybe his five decades of raising his country's profile through his music did not mean anything to the authorities.

The Dominica Festivals Committee, the organizers of the World Creole Music Festival (WCMF) revealed that it would honour the cadence music pioneer and former Exile One front man Gordon Henderson at this year's event.

"For the past four years we have identified the artiste we'd like to honour and this year we have decided to honour Gordon Henderson," Leroy "Wadix" Charles, the chairman of the WCMF band selection committee, revealed to The Sun in April.

The two sides were still working out the details of his performance, particularly the composition of his accompanying band, but there was little doubt that Henderson, 65, would perform and a distinction would be conferred on him at the 19th edition of the festival which runs from 30 October to 1 November.

However, days before the line-up was to be announced, a source told The Sun that Henderson would not be invited because he was being critical of the authorities. This was confirmed when the announcement was made on Thursday 6 August. Not only was the man for whom the song, "Nous Travail Pour Ayen" (We Laboured in Vain) was a huge hit in the 1970s and who continues to make music and perform to this day excluded from the list of performers, Colin Piper, the DFC boss, made no mention of him.

Henderson, who had cancelled a planned appearance in the Seychelles, expressed his disappointment.

"I am disappointed! My disappointment also goes for the team of Dominican musicians who have been constantly touring with me over the past months. They were looking forward to the employment and displaying their talents, but most of all they were deprived of an Indian Ocean tour which the DFC people urged me to cancel in favour of the WCMF. Fortunately, I was able to salvage one gig in Reunion Island on November 7 but I'll be working with foreign musicians," he told The Sun.

Even more disheartening, he said, was the fact that no one bothered to advise him, and he had to learn about his exclusion from The Sun, saying he was in "total disbelief".

"I am more surprised that neither Colin Piper nor Wadix, men with whom I have had excellent relations informed me of a change of heart than the fact that I'm not on the bill. Selecting acts for the festival is the DFC's prerogative and I understand that, but I can't understand not informing me at all. If they had informed me earlier I would have saved my Indian Ocean tour . . . I have tried to find excuses for Colin and even Wadix for not finding the time to let me know. "

Henderson would not speculate as to the reasons for the change of heart, but observed that shooting a documentary here recently, which gave the festival "tremendous promotion particularly in Guadeloupe", Piper had advised him that "all that was required then was Cabinet's approval".

The official lineup for the 19th edition of the World Creole Music Festival was announced on Thursday at the Fort Young Hotel.

The lineup consists of a mix of Zouk, Compa, Soca, Bouyon, Afro Beat, Calypso and Reggae.

There will also be performances by Trini Soca stars Blaxx and Olatunji & Benjai and Bajan Soca artiste, Fada Fox.

Also on the line-up are artistes from Dominica including Ophelia, Devine, Asa Banton, The Original Bouyon Pioneers, among others.

The dates for the WCMF are 30 and 31 October and November 1 at the Windsor Park Sports Stadium.

The complete line up is below:

In the Calypso segment, the legendary Swing Stars and Calypsonians and Bouyon Lyricist Asa Bantan will close day two.

Extacy Band from Dominica, T-Mickey (who is the son of Sweet Mikey from Haiti), Original Bouyon Pioneers from Dominica, Popcaan from Jamaica, Soca All Star to be backed up by Roy Cape stars featuring: Blaxx, Olantunji "the 2015 Groovy Soca King of the World", Benjai and Father Fox from Barbados.

CEO of Discover Dominica Authority and Director of Tourism, Colin Piper, has described the line-up as "exciting."