Government and Opposition on cannabis 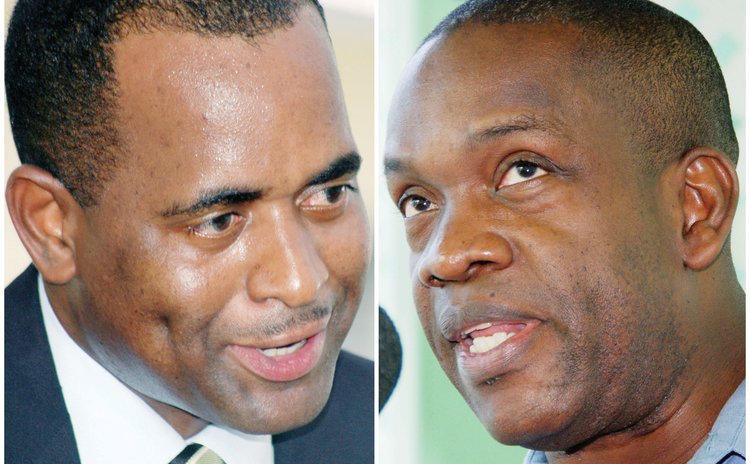 From all indications, Prime Minister Roosevelt Skerrit's administration moving in the direction of legalizing cannabis and the Opposition might be on the same page.

"Legalize it! Jamaica legalized it, let Dominica legalize it!" urged Dominican Herbert Volney, former Justice Minister of Trinidad and Tobago, in his keynote address at the ruling Dominica Labour Party rally on May 7 in Portsmouth.

Attorney General, Levi Peter might not have foreseen this in 2012, when he pronounced, "Marijuana will continue to be an illegal substance in Dominica in the foreseeable future."

Cannabis is classified as a 'Class B' drug in Dominica meaning that it is illegal to possess, cultivate, or sell the substance, a prohibition backed up by serious penalties.

But there has been a distinct softening of Government's position on cannabis since 2014 when PM Skerrit disclosed plans to review Dominica's cannabis laws and possibly lift some restrictions.

This gained momentum last December when the PM announced that serious discussions must take place this year about how the nation should "proceed with addressing the issue of marijuana for medicinal purposes".

This acceleration of the movement towards decriminalizing cannabis is in keeping with recent calls by senior members of the opposition United Workers Party (UWP).

In 2016, Parliamentary Representative for the Roseau Central Constituency Joseph Isaac of the UWP exhorted the decriminalization of cannabis and even offered to "lead the mission".

Isaac called for action, not just talk, to change Dominica's legislation to decriminalize cannabis in certain circumstances and suggested a short-term a policy to suspend sentences for minor cannabis offences.

And Parliamentary Representative for the Roseau South Constituency, Joshua Francis of the UWP is on public record stating that "Dominica should not be left behind" in the cannabis revolution.

In 2015 he called on PM Skerrit to state "what exactly is the government's policy on the use of marijuana" and called on him "to take a responsible approach" and not rush and simply decriminalize cannabis.

Other UWP leaders have criticized the criminalization of small-scale cannabis users and called for a comprehensive analysis of the possible economic benefits of legalizing it with appropriate checks and balances.

If the UWP wants action, the PM's stated intention of moving the discussion forward "in a very structured and focused manner" suggests that the Opposition will get what it wants. Indeed, when Volney declared "Legalize it!" the PM took his suggestion very seriously and stated that he will lean heavily on the experience of Volney in the shaping of a new Dominica.

What can be gleaned from this is that the new Dominica would most likely be shaped with more lenient cannabis laws and with a clear policy to reap maximum economic benefits therefrom.

And if all goes well, this might be one of those rare issues on which the Government and Opposition in Dominica can see eye-to-eye and step onward on common ground.