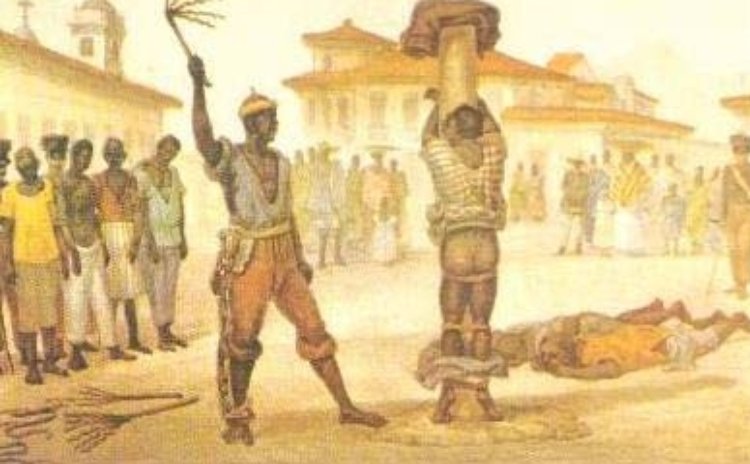 At last, some states in the Caribbean are looking towards the abolishment of corporal punishment in the home and especially in schools. Dominica must join the line.

For instance, last week St. Lucia's Ministry of Education, Innovation, Gender Relations and Sustainable Development said it has suspended and will eventually abolish corporal punishment in schools in keeping with the many international conventions that the island is a signatory to.

Chief Education Officer, Ruffina Charles, said that while the Education Act had no stated policy for the abolition of corporal punishment it did contain structures that stipulated how corporal punishment should be administered. But principals and the teachers union said there should be broader discussion before the decision is implemented.

Sometime ago, Barbados was setting up to do away with corporal punishment, sooner rather than later. That country's Attorney General and Minister of Home Affairs, Adriel Brathwaite, indicated during a meeting with the United Nations Children's Fund (UNICEF) Representative to Barbados, that Government was committed to eliminating corporal punishment in keeping with its agreement to protect the rights of the child. But, according to the Barbados Advocate newspaper, the Attorney General was quoted as saying that efforts will have to be made to re-socialize Barbadians towards corporal punishment.

Congratulations, Barbadians and St. Lucians. Unfortunately Dominica has not given much thought to the issue of banning this abhorrent and backward practice of brutalizing children in public, at schools and at home.

Quite understandably, the messages Dominicans have focused on is the sexual abuse of children; that is logical because that repugnant form of abuse requires all the attention it deserves. But we must not forget that there are other types of child abuse that require our attention. One of these is corporal punishment. As we said in an earlier editorial, we believe that the State sends a negative message to the perpetrators of all forms of abuse of children when it approves of the mistreatment of children through corporal punishment in schools.

The Education Act of 200 says that "corporal punishment may be administered" in primary and secondary schools although the Act allows the administration of corporal punishment by principals, deputy principals and designated teachers. We assume that regulation also pertains to institutions of early childhood education, such as preschools and day care centres, since the Early Childhood Education Regulation of 2003 makes absolutely no mention of corporal punishment. Few persons will notice that while the media is being inundated with anti-child abuse messages, girls, boys including toddlers are be canned, slapped, spanked, shaken, pinched and generally abused by teachers throughout the education system in Dominica.

But what is corporal punishment?

The United Nations Committee on the Rights of the Child defines corporal punishment as "any punishment in which physical force is used and intended to cause some degree of pain or discomfort, however light". That UN committee has determined that there's no excuse for the continuation of corporal punishment in schools and homes because it violates the rights of the child under the UN Convention which ensures children are safeguarded against all forms of abuse and exploitation. In a study produced for the UN General Assembly, the Committee has emphasized that "no violence against children is justifiable; all violence against children is preventable."

The case against the use of corporal punishment is straightforward: it damages children physically and emotionally. In the former case, the cuts and bruises and the occasional the disabilities are easily seen. For instance, the Jamaica Observer newspaper reported some time ago that 11 year old Tajoery Small was left virtually blind in one eye as a result of an attempt at corporal punishment. The newspaper also indicated that hundreds of thousands of dollars have been spent on the boy's medical bills including a corneal transplant costing US$20,000.

On the other hand, the emotional damage caused by corporal punishment is much more difficult to measure but no less damaging to the emotional well-being of the child. The scientific evidence, published in literature on the subject, points to symptoms such as chronic depression and low self-esteem as well as psychological mal-adjustment at home and at school. Most importantly corporal punishment teaches a child lessons he never forgets: violence is the means by which conflict has to be resolved. Therefore, teachers and parents should know that they are the main perpetrators of the cycle of violence.

Undoubtedly, many teachers and parents will scoff at the idea of banning corporal punishment in schools and homes that are continuously grappling with the control of rampant ill-discipline. They are likely to argue that the old biblical adage, "spare the rod and spoil the child" has served them well in the past and that the banning of corporal punishment is a recipe for schools to become war zones. They are already war zones.

But corporal punishment has been implemented in schools and homes for decades yet levels of ill-discipline continue to escalate in society. Corporal punishment is counterproductive because the most disruptive students consider it to be a badge of honour be canned by the principal.

It appears that in 1997 the framers of the Education Act were apparently aware that someday soon corporal punishment would have to be abolished and therefore included the following: "Notwithstanding section 49, the minister may by order subject to affirmative resolution of the House, suspend or abolish corporal punishment in public schools and assisted private schools." But that was more than 20 years ago.

We, therefore, urge the Minister of Education to give serious consideration to the banning of corporal punishment and the implementation of an intensive education programme aimed at teachers, parents and school administrators to create well-managed classrooms that are free from violence. We need real child friendly classrooms, not schools in which the State sanctions the brutalization of children of all ages. Corporal punishment is child abuse.