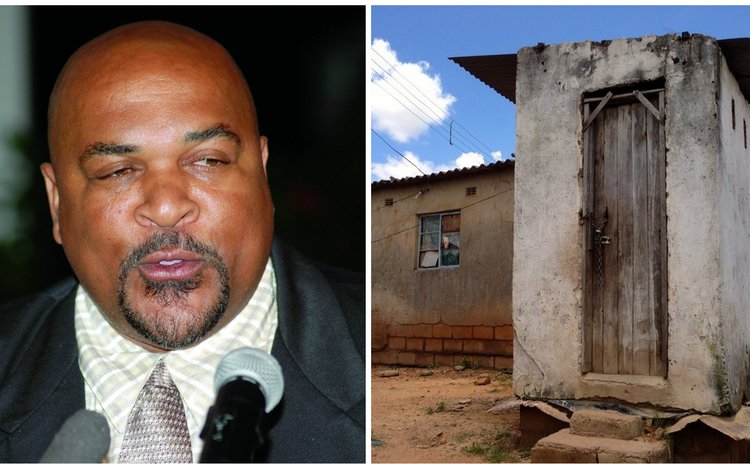 In a real war there are combatants and casualties, guns and bombs, enemies and friends. But what about a pit toilet war: who, or what, are the friends and the enemies, the bombs and the guns, the wounded?

If you describe all this using the four-letter word that starts with s and ends with t-war, you will be correct.

But Acting Prime Minister Reginald Austrie said that government has allocated one million dollars to the first phase of a project that hopes to search and destroy 100 pit latrines within three months. The war zones will be Colihaut, Castle Bruce, St Joseph and Portsmouth.

"We'll be moving full-speed ahead in the new year," Austrie said. "It's a global issue. In India there's a war being waged as we speak against the use of pit latrines."

A pit toilet is a dry toilet system which collects human excrement in a large container that ranges from a simple slit trench to more elaborate systems with ventilation. They are used in rural and wilderness areas as well as in much of the developing world. The waste pit, in some cases, will be large enough that the reduction in mass of the contained waste products by the ongoing process of decomposition allows the pit to be more or less permanent.