Through the Dominica Social Security and a board made up mainly of DLP activists, Government has taken control of MARPIN 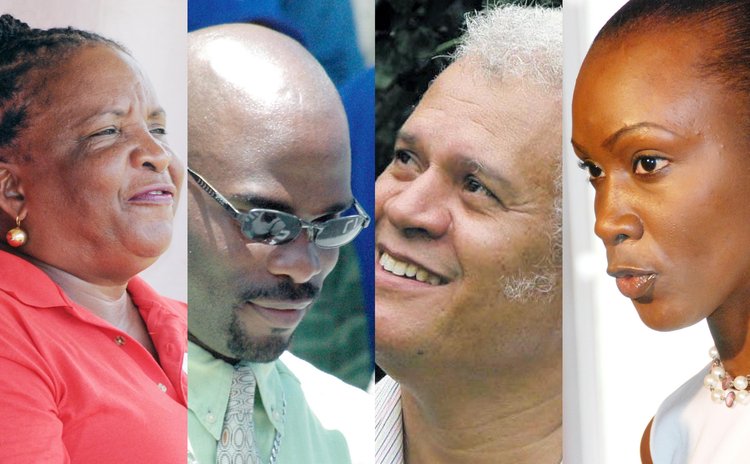 Members of MARPIN Board of Directors: left to right, Williams, Paul, Bellot and Jno Baptiste

It came almost like a thief in the night, while we were all asleep. But yes, the Government of Dominica is now the major shareholder of the telecommunications company MARPIN 2K4 Ltd.

That is because WRB Enterprises Ltd, part owner of MARPIN along with the Dominica Social Security (DSS) has sold its shares to the DSS, a government-owned institution.

"All I can say to you at this time is that the DSS now owns 100% shares in MARPIN 2K4 and as a result three new persons have been appointed to the Board," Francis Emmanuel, chairman of the Board told the SUN.

Pressed further for details, Emmanuel said that although DSS, an arm of Government, now owns 100% of the shares of the company, it still remains "a private company." He was not prepared to say anything further on the matter.

The new persons on the Board are Kamala Jno Baptiste-Aaron, senior information officer at the Government Information Service, Mervin Paul, and former education minister Sonia Williams, all active operatives of the ruling Dominica Labour Party. Williams is also chairman of the DLP women's arm. The other new member is Missy Henderson, an employee of the Dominica Social Security.

A source who is aware of the operations at MARPIN is of the view that the latest development is "a good thing for the company." The source said "MARPIN has been struggling financially and with the 100% ownership of DSS/Government it will decide in a positive way where the company goes." The source also commended the staff during the "restructuring and financial difficulties" saying "they, the staff, came out and made the sacrifice to cut on their salaries in order that the company's cash flow can be increased and that is commendable on their part."

It has also been revealed that Henderson, who holds a top managerial post at the DSS, will be the managing director of MARPIN 2K4.

"She will keep her job at the DSS and will be the one responsible for the day-to-day operations of the company; that is what was disclosed to staff at a meeting," one person told the SUN.

The other board member is Parry Bellot; when the Sun contacted him he said a decision was taken to have one person speak on the matter but all efforts at reaching Henderson at the DSS were futile.

Nigel Wardle, Bob Blanchard and Wayne Burke of the United States were former part-owners of and directors of the company.

Through Ron Abraham, its original owner, MARPIN had been at the forefront of the telecommunications liberalization struggles of the Nineties; but over the past few years the company has suffered from severe financial difficulties. MARPIN offers Cable Television, local news and current affairs programming as well as internet and land line services.