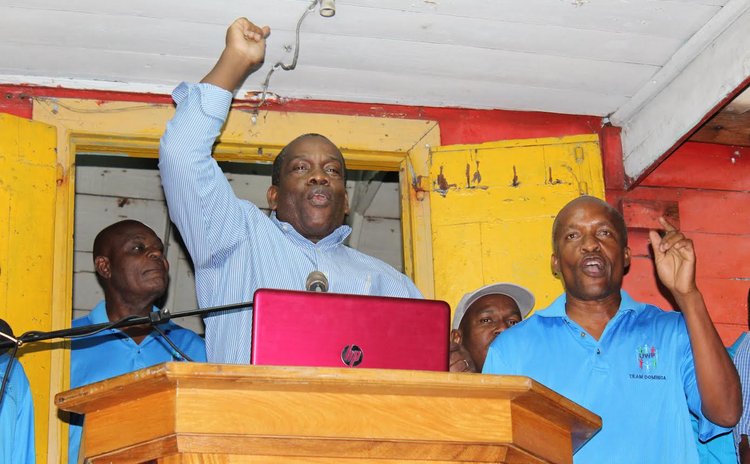 Rosemond Edwards, Financial Secretary signs for the Government of Dominica and Mohaammed for Range Developments; PM Skerrit looks on

Roosevelt Skerrit, Prime Minister and Minister of Finance, said the MOU was the first to be signed under the investment arm of the Economic Citizenship Programme, the release stated.

"This is the first MOU that the Government is signing under the Citizen by Investment Programme; the investment arm of our Economic Citizenship Programme which we believe is the way to go towards addressing economic development issues, employment and greater investment in our tourism industry. So we are very keen on engaging them and moving this process forward." Prime Minister Skerrit stated.

Mohammed Asaria, Vice Chairman of Range Developments said his company was very pleased to partner with the government to bring a new hotel to Dominica. Mr Asaria stated further, "We look forward to bringing an ultra-luxury branded five star hotel to the Commonwealth of Dominica and realizing the Commonwealth of Dominica's ambition to become a luxury destination for tourism in the coming years. I think under the foresight of the Prime Minister and his Government and the recent enactment of the new Citizenship by Investment Bill and the introduction of the Real Estate Arm Dominica will benefit from increased foreign direct investment over the coming years which will be beneficial for the country and the good people of the Commonwealth of Dominica."

International luxury hotel brand Kempinski has partnered with Range Developments in this venture.

Kempinski was founded in Germany in 1897 and currently operates over seventy high-end luxury hotels in thirty countries across the globe. Ulrich Eckhardt, President Middle East, Africa and India for Kempinski, is delighted that his company can be part of this project.

Mr. Eckhardt said, "We are at the high-end luxury market doing business from our European hubs and also cover the American market to the east coast and, therefore, believe that we can add value to this venture," the release stated.